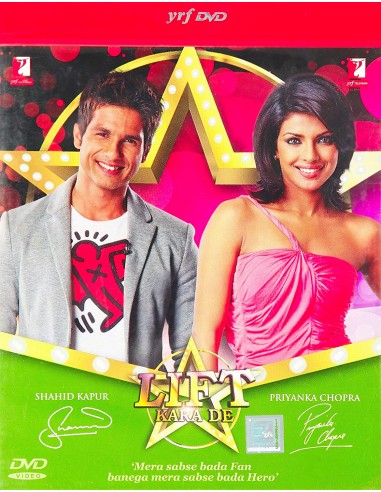 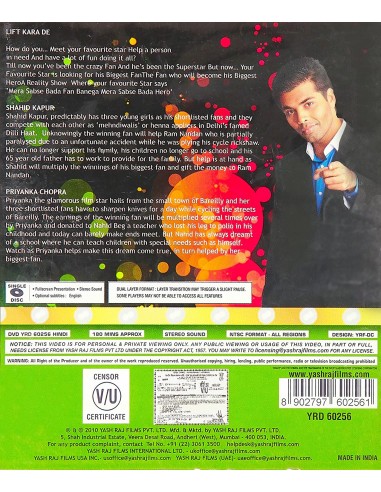 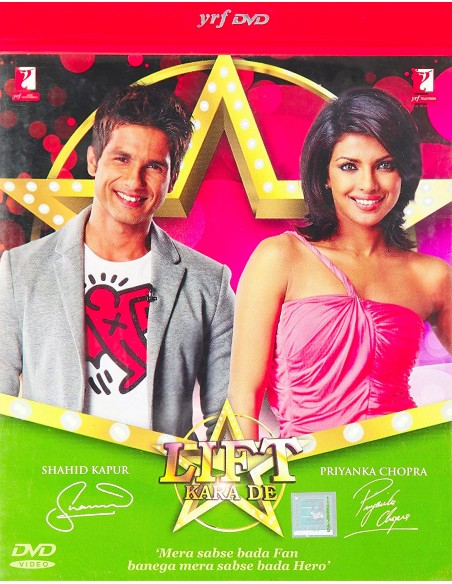 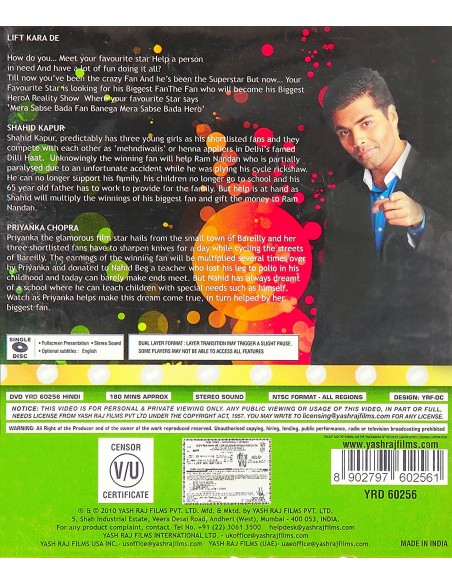 The popular TV show Lift Karade, hosted by Bollywood's ace Director, Karan Johar is now available for home videos. The show focused on providing a platform for the celebrities' fans meet the actor and also donate a certain amount of money to a needful person picked from the common public in India. In these 2 episodes of Lift Karade, Karan interviews the chocolate boy turned hot sensation, Shahid Kapoor and the most famous contemporary actress and beauty queen, Priyanka Chopra. Shahid Kapoor predictably has three young girls as his shortisted fans and they compete with each other as mehndiwalis or henna appliers in Delhi's famed Dilli Haat. Priyanka the glamorous film star hails from the small town of Bareilly and her three shortisted fans have to sharpen knives for a day while cycling the streets of Bareilly. Watch as Priyanka helps make a man's dream come true in turn helped by her biggest fan. 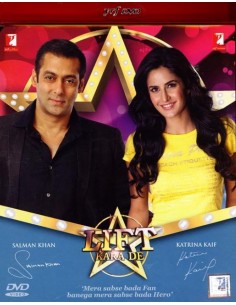