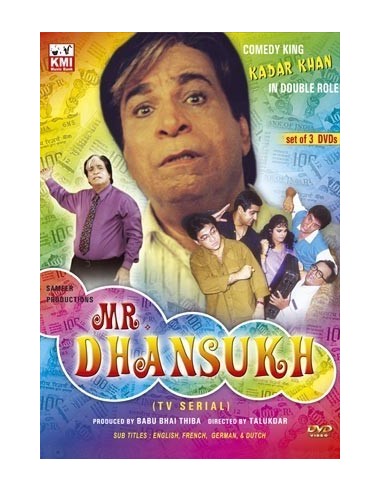 A poor man, Dansukh, makes his own and his family's life miserable in his quest to earn hundred crore rupees. Dhansukh doesn't devote any time for his three sons Amar, Rohit and Deep and daughter Meena. Dhansukh hates his poor relatives and is estranged from them. A man enters Dhansukh's life and claims to be his unhappiess (Dukh). Dhansukh attains his objective but lands up in a hospital with heart attack. His wife Suman and his father's good deeds save him. Slowly, Dhansukh starts changing under Dukh's influence, but it is too late. His sons no longer care about him and his daughter falls in love with a poor man. Wealth become root cause of Dhansukh's problem. Dhansukh's rivals begaan to gain ground over him and he loses his wife and father too. Even Dukh wants to leave him as he feels that Dhansukh no longer requires him. Howvere, Dukh reveals the truth of life and happiness to him. Does Dhansukh learn an important lesson of him??