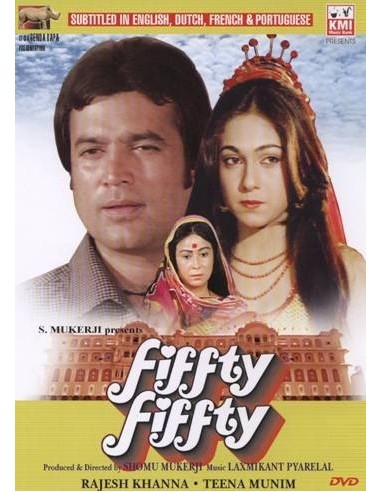 Synopsis:
The lost and found saga revolves around do-gooders, Kishan and Mary, who con people of their wealth. They had been friends in their childhood but get separated to grow up into sworn rivals. Their new assignment takes them to Chandpur where they eye the wealth of Rani Ma, the Queen of Chandpur. There is a comedy of errors as Mary is mistaken to be the grandchild of Rano Ma, whose daughter had been kidnapped by the evil Diwan, Shamsher Singh, of the kingdom. Kishan also lands up at the Palace to stake his claim. Kishan refoms to save the poeple of Chandpur from the terrorism of the Diwan. Will Mary continue to ally with the theacherous Shamsher Singh and get money, fame and power? Or will she join hands with Kishan to save people of Chandpur?