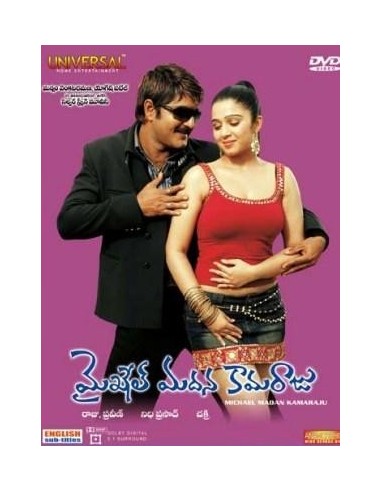 Synopsis:
Madan (Srikanth) a talented fashion designer not believing in love marriages and his cousin Kamaraju (Sunil) waiting for the right girl to arrive in his life. Things take a turn at Goa when Madan sees Archana (Charmi) at the beach and Kamaraju falls for Mandira (Asha Saini). Hero Srikanth has given a good show and his maturity as an actor is seen. Prabhu Deva is a good dancer and has given a decent performance though his role is limited. The rest of the cast like Kota, Naga Babu, Venu Madhav, Brahmanandam are seasoned in their performances and justified their roles. The hot exposing by Asha Saini and sensuous glamour by Charmmee added glow for the screen. Asha Saini sizzles in a bikini or other similar garments, but she looks at ease after an obvious break.