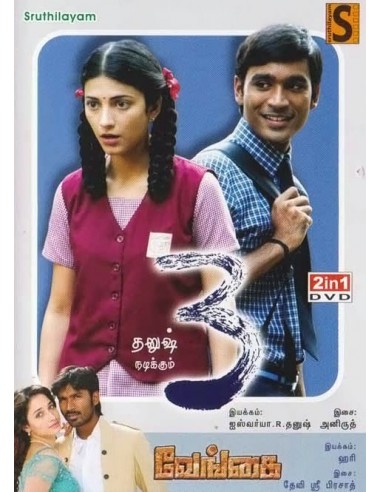 
Synopsis:
3
The film '3' is the maiden directorial venture of Aishwarya, daughter of Tamil movie icon Rajinikanth. Interestingly the film about three stages in the protagonists' lives begins with a funeral shot, but the identity of the dead person is not clear initially.

The following scenes gradually reveal that it is misery struck Janani's (Shruti) husband Ram (Dhanush) who is dead.

The stories continues with Janani's memories opening up.

Ram, a class 12th student, falls in love with Janani whom he meets on the road. Janani hails from a middle-class family and they are going through a financial crunch, while Ram is the son of a successful businessman.

Janani tries to avoid Ram, given her family background and natural reaction of a teenage girl. Ram, however, follows her undeterred and finally wins her love. This flashback constitutes phase one of the movie.

Janani disregards her parents' wishes and their dream of settling in the US after her college education to be with Ram. Gradually their parents accept their love and the two get married. Ram's father buys a posh apartment for the young couple to live in. This is phase two.

After marriage, it is revealed that Ram suffers from bi-polar disorder. Ram's friend Senthil (Sunder) finds out about his mental illness.

The doctor says that because of his illness Ram could be dangerous at times. So the friend decides to protect Janani from his unexpected emotional upheaval. They hide it from her. Senthil tries hard to cure his friend, while Janani struggles to cope up with Ram's inexplicable behaviour. This is stage three of their lives.

What transpires later forms the crux of the story. 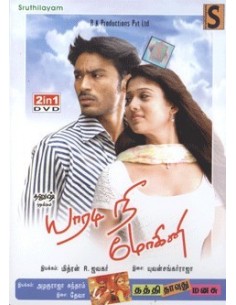 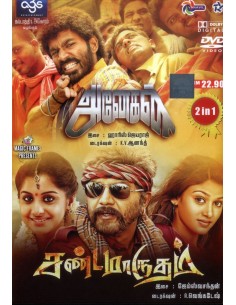 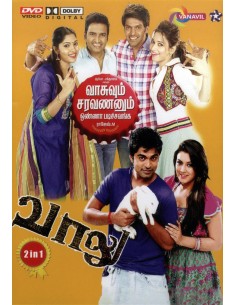 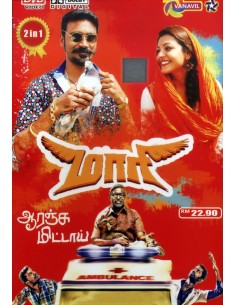