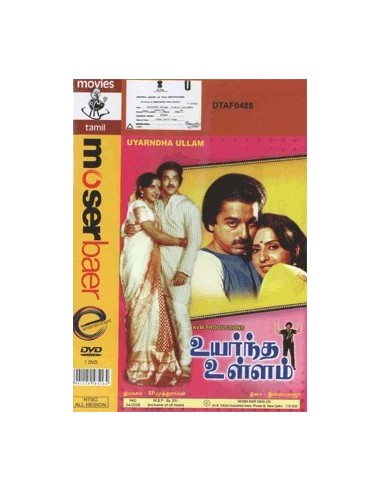 Anand(Kamal Haasan) is a spoilt young man whose parents have died leaving behind a huge inheritance. He spends all his waking hours boozing and gambling with his buddies. One such night, he ends up in a brawl with some rowdies, but a stranger Selvam(Radharavi) comes to his rescue. Selvam beats up the rowdies and takes Anand back to his bungalow. A drunk Anand forces Selvam to spend the night in his house. However, the next day, he has no recollection of the previous night's events. His servant Mani(Janagaraj) and accountant Nagapillai(V. K. Ramasamy) come to Selvam's aid. In appreciation, Anand appoints Selvam as his Personal Assistant.

Anand happens to meet Nagapillai's niece Geetha(Ambika) and is instantly smitten with her beauty. Geetha notices that the house is in complete disarray due to the servants' lethargy; she rouses them spurs them into action. The house is restored to its former glory and an overwhelmed Anand employs Geetha as the caretaker of his bungalow. He confesses his love for Geetha to Selvam, who in turn relates to him the fate of his lover who is suffering from cancer and needs money for treatment. The soft-hearted Anand vows to support Selvam and provides regular financial assistance to treat the latter's lover. Meanwhile, Anand's constant drinking habit causes him to suffer from jaundice and the doctor warns him against consuming alcohol. Geetha stays with him day and night and helps him recuperate. She also successfully persuades him to give up drinking.

One day, Nagapillai delivers the bad news that all the creditors are demanding their dues and there is no money left to repay them as Anand has squandered away all his wealth. He reaches out to his friends but none of them are willing to help him out. He now realizes their true colors; understanding that the only way out is to sell his mansion and repay his debts, he consents to it. Mani invites Anand to his brother's wedding. At the event, Anand is shocked to see that the bride is none other than Selvam's lover. When he confronts her, she confesses that Selvam is an acquaintance from her past and she did him a favor by pretending to be his lover in order to trick Anand. Anand is devastated by Selvam's treachery, but the latter denies any wrongdoing and justifies his actions by hitting out at Anand's wasteful ways. After this incident, Anand loses all hope in humanity and almost breaks up with Geetha.

With the sale of his house underway, Anand and Nagapillai move to live in the slum. Nagapillai's sudden demise is the last straw for Anand, and he reverts to drinking. His current plight comes to Geetha's notice and she resolves to help him out of his misery. She secures a job for him as an autorickshaw driver; a re-energized Anand uses this opportunity to gain a fresh start in life. Anand witnesses Selvam's ex-lover's suicide attempt; he saves her and inquires the reason for her sorrow. She confides that she has been shunned by her family due to her role in Selvam's scam. However, Selvam is leading a wealthy life, ready to marry a rich man's daughter. Anand intervenes in Selvam's grand plans and a huge fight ensues between him and Selvam's goons. Anand finally manages to halt Selvam's wedding and publicly exposes his scam. The latter realizes his folly and decides to marry his ex-lover. Anand goes back to his simple life with Geetha.