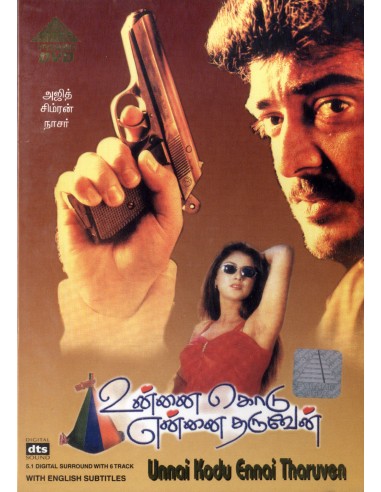 A boy who is abandoned by his mother is raised by an army officer. He turns out to be a model patriot and joins the army, but his loyalties come under the scanner when he meets a girl and falls in love with her.

Surya (Ajith Kumar) has been brought up in the army training barracks in Wellington (Ooty), ever since his mother (Sukanya) handed him over as a baby to the camp brigadier (Nasser). She tells the officer the reason for her action, but the audience is not allowed to hear it at this point. Surya grows up to be a patriotic youth and the best soldier in his class. He is about to complete his training in 3 months and leave to the border. He falls in love with Indu (Simran), the daughter of a senior army officer, who is visiting Wellington Camp. Indu's parents accept her choice of husband, and the family leaves to Kashmir. Soon after, Indu's father dies in a bomb blast while her mother loses her life on seeing her husband's body. Not wishing to lose her husband too in war, Indu asks Surya to choose between her and the army. Surya then asks the brigadier to advise him, and the brigadier tells the story of his parents. His father, Bomb Sekhar (Parthiben) was a very violent terrorist, who was sentenced to 3 years of prison and death. His mother was a nun, who visited prisoners and chanted Bible verses to them. Slowly, Surya's father's nature begins to change, and to near his death; he is completely reformed. Sensing that there is no way for him to repent for his mistakes by serving the nation, he confides to the nun that if he had a child, he would have made him act the country. That night the nun thinks about her conversation with Sehkar and subsequently resigns her position with the church. The following day the nun convinces Sekhar that she will bear his child as a way to fulfil his dying wish and they consummate inside the prison secretly. She leaves him, and the next day he is hanged. Once Surya is born, she hands him to authorities at the military camp and commits suicide as well. So Surya says, his birth was to serve the nation as a soldier, and if she wants to marry him, she must wait for the next 12 years till his service is over. Indu agrees, and Surya moves with his barrack to the border.