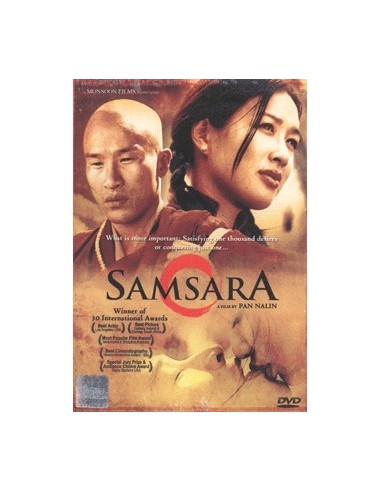 Synopsis:
Samsara (which means "the world") is an epic of spiritual and sensual romance set in the majestic landscape of Ladakh, in the Himalayas. Tashi, a Buddhist monk who emerges from three years of solitary meditation returns to his monastery where he is revered for his discipleship. On Tashi''s return and despite a life devoted to the rigours of spiritual development, he finds himself experiencing a profound sexual awakening and a strong attraction to a beautiful woman Pema. When faced with this unexpected awakening of his human desires, he questions the spiritual values of his monastic existence. And decides to opt out of the monastery for the secular world. Tashi realizes to his surprise that life in Samsara is far more complex than he ever imagined. Marriage, fatherhood, materialism, anger, lust, adultery - Tashi goes through the entire cycle leaving him confused and struggling to cope with the complexities of this world... The question that looms large throughout the film is: What is more important- to satisfy one thousand desires or to conquer just one? Without trying to answer the question, the film lends itself to an interesting twist in the end... A visual treat on celluloid is what Samsara promises...