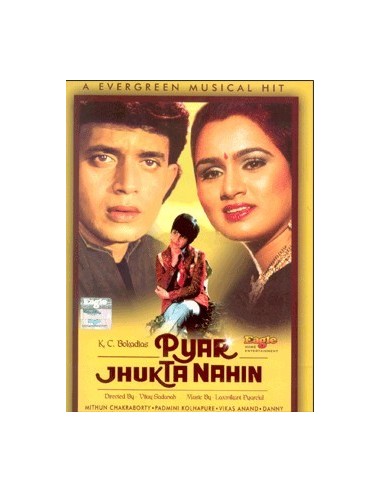 Synopsis:
Ajay Khanna is a press photographer on the lookout for scoops-disturbing pictures. During one such risky assignment, he rescues Preeti from the Jaws of death, which kindles a passionate affair between them. Ajay and Preeti elope againt Preeti's parents wishes. Preeti attempts to bridge the gap between her husband and her parents offset by her father's decision to raise Ajay's social status by supporting him financially. This hurts Ajay's pride which is further ridiculed by Preeti's relatives. Ajay's retaliation hurts Preeti who prefers to stay back with her Parents and await Ajay's return to take her back. Ajay's ego creates the chasm between the couple. Preeti's father suggests a divorce and even an abortion of the child in Preeti's womb. Do Preeti and Ajay ever reconcile? What happens to the child? Does the social gap ever fills out? Pyar Jhukta Nahin is the heart throbbing answer.