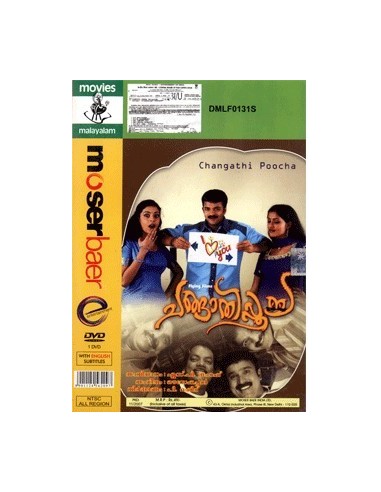 Synopsis:
Changaathi Poochcha tells the story of two brothers Sreedharan Nair and Raman Nair, who are constantly at loggerheads owing to ego problems and differences in opinion regarding ancestral property. But Sreedharan Nair's daughter Priya and Raman Nair's daughter Sreedevi are very close to each other. And then come letters to both the brothers that their sister Bhanumathi, who had been away for years, is coming back. Raman Nair is shocked, especially because Bhanumathi's share of the property is at present under his control and even the house he is living in rightfully belongs to her. And then comes news that Bhanumathi's son would be marrying one of his cousins, i.e., either Priya or Sreedevi. Raman Nair begins to feel that if Bhanumathi's son married Sreedevi, he wouldn't be ousted from the house. But it is not certain that the boy would choose her and not Priya. Purushottaman Nair, who is Raman Nair's manager, comes up with a solution. He says that this possibility could be eliminated if someone else comes in and Priya could be made to fall in love even before the arrival of Bhanumathi and her son. And thus comes in Sivankutty, who is entrusted with the job of making Priya fall in love with him so that Raman Nair could score a win over Sreedharan Nair. Sivan is actually the brother-in-law of Purushottaman Nair and owes a large amount of money to many people, who are constantly after him. Sivankutty takes up the 'job' to solve his financial problems. What happens then on forms the rest of the story.