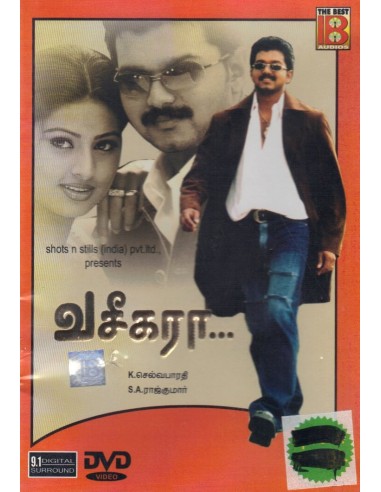 A young educated unemployed youth comes to attend the marriage of his Father's close friend's daughter. He ultimately makes her to fall in love with him and Marries her at the end.

Bhoopathy (Vijay) is a happy-go-lucky youth from Pollachi who is sent by his father Mani Gounder (Manivannan) to stay with his best friend Vishwanathan (Nassar) at Villivakkam, Chennai, so that he can get a job and behave responsibly. Kattabomman (Vadivelu) is Vishwanathan's assistant who torments Bhoopathy right from the day they meet. Priya (Sneha), is Vishwanathan's daughter who is engaged to an NRI groom Prakash (Kamalesh). Priya and Bhoopathy are at loggerheads with each other and constantly fight and play pranks on each other. Soon, however, Priya falls for Bhoopathy. While Bhoopathy also loves Priya back, he realises that she is already engaged to another man and is also reminded of his father's words that he (Bhoopathy) should not make him (father) lose face with his friend under any circumstances. With this in mind, he starts to keep a distance from Priya and decides to return to Pollachi, only to be stopped by Vishwanathan.

Later, Priya, along with Bhoopathy and Priya's younger cousin sister Pappi, go to Ooty to attend the wedding of Priya's friend Asha (Gayatri Jayaraman). At Ooty, Bhoopathy attends the bachelor party of the groom Sriman (Sriman). While drunk, he reveals his feelings about Priya. After the marriage, Bhoopathy, Priya and Pappi, along with a photographer (Pandiarajan), go on a day-out to Black Thunder, where the photographer takes a photo of Bhoopathy and Priya holding hands. Bhoopathy keeps snubbing Priya and her romantic overtures to him during the trip as he is reminded of his promise to his father but cannot forget her.

On the day before Priya's wedding, Mani arrives in Chennai and finds out about the relationship between Bhoopathy and Priya. Later that night, Prakash and his family see the photo of Bhoopathy and Priya holding hands and Prakash's father (Nizhalgal Ravi) decides to call off the wedding unless Vishwanathan can pay ₹ 1 crore to him, which Vishwanathan refuses to do. When Vishwanathan confronts Priya, Priya's aunt (Suhasini Maniratnam), who is aware of the love Priya has for Bhoopathy as well as Bhoopathy's dilemma, reveals the truth to Vishwanathan. Meanwhile, Bhoopathy is at the railway station, trying to convince Prakash to marry Priya. Vishwanathan, who has also arrived at the railway station, sees this, and realising the true reasons behind Bhoopathy backing out over his love for Priya, sends Prakash and his family away and accepts Bhoopathy's relationship with Priya. In the end, Bhoopathy marries Priya.