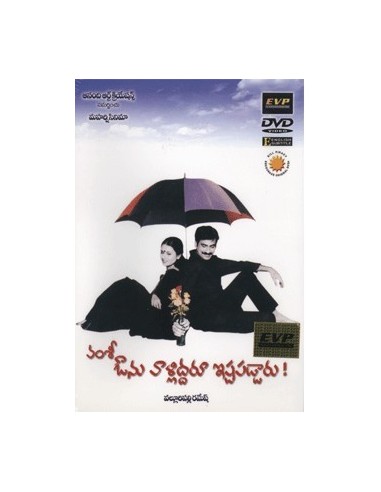 Synopsis:
Anil is an unemployed postgraduate. After trying for too many jobs, he settles for a night watchman job. He desperately needs a room to stay in the city. There lies a colony with 5-6 specimens, who have a unique style of living their own life and seeing the outer world. One specimen gives him a room on the condition that he should be there in room only during daytime. Actually that room belongs to a lady called Swathi, who works in a software company. They manage in such a way that Swathi is unaware of the fact that another person is staying at her place when she goes office. Even though Anil knows that he is staying in an unknown girl's room, he is never bothered to know about that girl.

After a month, Anil breaks an artifact by accident and he does not want to face the embarrassment. Hence he leaves a letter to the girl telling what exactly has happened. Liked by frankness, Swathi lets him stay in her house (in her absence). They become good roommates by exchanging letters and cute things, though they never bother to see each other. They fall in love as well.

Anil happens to meet Swathi at a restaurant and when her purse is stolen, she turns her finger towards Anil. They start off as enemies and then they culminate becoming friends. Both these people have one name to communicate through letters by staying in the same place. At the same time, they live as friends outside. And both of them do not know that these friends are none but the roommates turned letter-lovers.

After sometime, Anil realizes that his roommate is none but his friend. But he wants that thrill to be continued. So he does not reveal this fact to her. The girl wants to see her roommate only during the time of their wedding.

At this juncture Anand, brother of Swathy's boss, falls in love with her. He has a notorious past of attempting suicide when a girl rejected his love. At the same time, he does not want to face the rejection again. The parents of Anand, go to the parents of Swathy for fixing the marriage alliance. They also promise that they take care of marriage of their other daughters as well. Swathy's father is a poor man with three daughters. Even then, he says he would consider Swathy's permission before Okaying the alliance.

Now Swathy is in a fix whether to go for Anil and do justice to her love or to accept Anand and be a responsible daughter. After coming to know about this problem, Anil writes a letter saying that he is leaving from her room and her life as he got hold of a rich girl friend. The real Anil, who is friend of Swathy, advises her that she should forget Anil and marry Anand to make her parents and sisters feel happy.

Whom would Swathy marry? Anil or Anand?? You much watch this class and sensible comedy flick on big screen to know yourself.