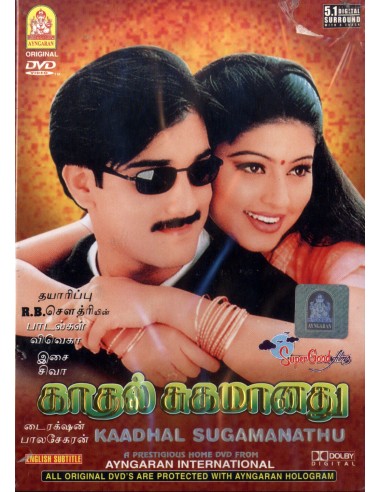 Evocative and eloquent, this touching romantic tale traces the twists and turns in the life of a quiet, introverted young woman, who falls in love with her friend's brother. When her own younger sister gets jealous and betrays her, she gives up all hope of revealing her love to her beloved and agrees to marry any man of her parents' choice. Will the young woman be forced to lose her true love? Will the man she loves ever come to know of her feelings and will he reciprocate her love?

Ganesh (Tarun) is a carefree college youth from Hyderabad (Tamil Version as Coimbatore), whose life revolves around friends and doing good deeds for them which upsets his father Raja Shekar (Tanikella Bharani)/(Tamil Version as Pyramid Natarajan). One day he fumbles upon a Red diary in his father's auction shop. It is a diary left behind unknowingly by Sandhya (Sneha).

The entire first half is narrated through the diary in this film. Sandhya is staying in the house opposite to that of Aishwarya (Jhansi), who is the sister of Ganesh. She falls in love with Ganesh after listening to his melodious guitar play. But Ganesh is unaware of her love and he never uses to interact with her. She is also a shy girl, who never let Ganesh know about her feelings. Sirisha (Preetha Vijayakumar) is the younger sister of Sandhya, who is studying in a hostel. When she comes home for holidays, she gets jealous of Sandhya for loving Ganesh and she wanted to grab him from her. Sirisha assures Sandhya that she will liaison the love of Sandhya between Ganesh and her and plays a double game by playing tricks on Ganesh to attract him. Meantime, the father of Sandhya and Sirisha gets transferred to Vizag (Chennai in Tamil Version). Sandhya asks Sirisha to tell Sandhya's love to Ganesh. Sirisha proposes to Ganesh and gets rejected. Sandhya, who witnessed the entire episode secretly, feels cheated by the betrayal of her own sister. At the same time, Sandhya stays away from proposing to Ganesh for the fear of rejection. The family of Sandhya moves to Vizag and in the transfer process, her diary gets misplaced.

After knowing that Sandhya is his secret admirer, Ganesh recognizes the purity in her love and wants to meet her and propose his love to her. He gets off to Vizag along with his best friend Chacha (Venu Madhav). There he finds a mutual friend named Raghu (Sivaji) and stays in his house. Raghu is a rich bachelor from Bheemili (Virugambakkam in Tamil Version), who stays with his parents and is very good at heart. As Ganesh explores his secret mission of finding Sandhya, Raghu gets engaged to the unwilling Sandhya. Later on Raghu comes to know that Ganesh is there to search his silent admirer.

Ganesh know that Raghu is marrying Sandhya. Being a good friend, he does not want to betray him. Sandhya has agreed to marriage since she does not want to make the things worse for her father and sister. But she still loves Ganesh. Sirisha wants to amend the mistake she has done. She searches for Ganesh to unite them. Things are still unsure and hazy as Sandhya and Raghu are going to tie the knot in a few minutes. In the end, Sirisha tells everything and marries Raghu while Sandhya and Ganesh unite. Hence the film ends with a happy note.