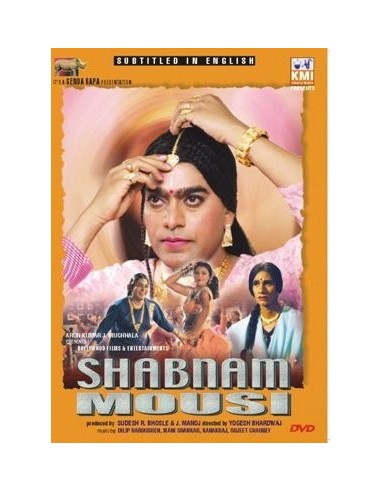 Synopsis:
Shabnam [Ashutosh Rana] was born to a cop in Mumbai. The story begins with the eunuchs finding out that a new-born child is a eunuch and deciding to take her away.

The child is raised by Halima [Vijay Raaz], a eunuch, and grows under the influence and cultures of these eunuchs, who are her daily companions. One day, the head eunuch, Amma [Vishwajeet Pradhan], decides to sell Shabnam to a truck driver, but Halima gets to know of it and a fight ensues. Halima gets killed in a freak accident and Shabnam is falsely accused of her murder.

Shabnam flees Mumbai and takes refuge in a small village in Madhya Pradesh. One night, Shabnam saves a village belle, Naina, from getting raped by local goons. This is the handiwork of the local politician, Ratan Babu [Govind Namdeo], who doesn't want his son to marry Naina.

Meanwhile, its election time and Ratan Babu's opponent within the political party, Vinod [Ashok Samarth], who doesn't get the election ticket, convinces Shabnam to file her candidature against Ratan Babu.

However, Ratan Babu patches up with Vinod, who in turn asks Shabnam to withdraw her candidature, but she refuses. As a final resort, they hire a contract killer, Madan Pandit [Mukesh Tiwari], to eliminate Shabnam, but Madan has a change of heart when he confronts Shabnam and decides to help her.

In the end, Madan sacrifices his life to save Shabnam. Also, Shabnam wins the elections and emerges victorious!