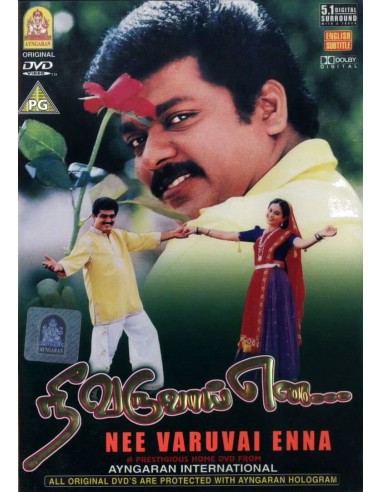 A man who has big dreams about his marriage is involved in an accident and loses his eye sight. But in a twist of fate, he gets an eye for transplant from another man who died in the crash.

Ganesh, is the only son of Mudaliar-Gounder inter-caste parents. He loses several prospective brides due to this and spends his time dreaming of marriage. On a bus ride to Chengalpattu to take up a promotion as a bank manager, he gets involved in an accident. The scene shifts to three months later when he finally shows up at Chengalpattu. Nandini, who lives in the house opposite to his, showers affection on him, gives him coffee, provides him with hot water, etc. Ganesh falls in love with Nandini, but when he visits her family with his parents to talk about marriage, she rejects him.

Nandini reveals the real reason behind her attachment to Ganesh. She tells him about her ill-fated love affair with army officer Subramani. Subramani and Nandini's wedding was planned, and on the day before the wedding, Subramani meets with an accident and passes away. Coincidentally, this was the same bus accident in which Ganesh was also travelling. Ganesh lost his vision in the accident, and Subramani's eyes have been donated to Ganesh, which made her fall in love with his eyes. Eager to send him on his way, Nandini sends a letter in Ganesh's name to Ganesh's home, accepting the latest girl whom they picked for him. Ganesh returns home to find arrangements for his wedding in full swing. Coincidentally, the girl turns out to be Subalakshmi, someone he had dreamed of marrying during his pre-Nandini days. However, Ganesh cancels the wedding plans and returns to Chengalpet. In the end, it is shown that Ganesh and Nandini remain good friends without getting married.