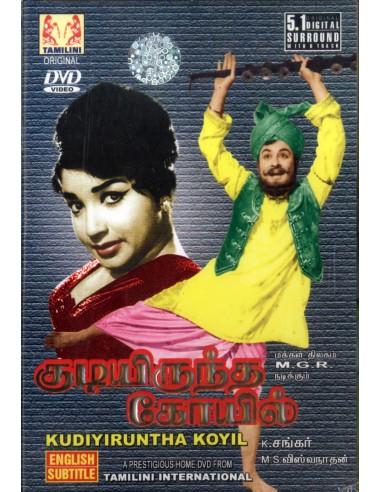 After killing Ramanathan, Nagappan kidnaps one of his twin sons and raises him as a criminal. Years later, the police arrest the criminal brother and replace him with the other to nab the gang.

Twins Sekhar and Anand, along with their mother Mangalam, witness their father Ramnadhan being murdered by Nagappan, an escaped convict who Ramnadhan had testified against. This prompts the family to leave to Madras to pursue a new life. But when Sekhar gets down from the train to fetch some water, it leaves without him. Nagappan arrives and kidnaps Sekhar, who is raised by him as a criminal. Sekhar remains unaware that the same man killed his father.

Years later, Sekhar who now calls himself "Babu", is an established criminal and is the most wanted man in the city. Meanwhile, Anand is a club-dancer and neither he nor Babu are aware of each other's existence. During a police encounter, Babu is grievously wounded and seeks shelter in Mangalam's house, although he does not recognise her as his mother. He develops a soft corner for her, but when Nagappan (now known as Boopathy, the owner of a cabaret and employer of Babu) learns about this, he tries to eradicate the kind-self out of Babu.

During another police encounter, Babu is again wounded, but becomes insane this time, also becoming amnesiac. D. I. G. Mogan comes across Anand, and after seeing the striking resemblance between him and Babu, advises him to act as Babu to get all the secrets of the gang and have them arrested. Anand agrees, but later realises Babu is his brother. Anand's girlfriend Jaya sees him having lot of money in a briefcase, and the police chase him. Unaware of the truth, she thinks he has turned into a criminal, and refuses to speak to him. Mangalam also learns of this, and becomes heartbroken. However, Mangalam and Jaya soon reconcile with Anand after learning of the truth, and they also learn that Babu is his brother.

Babu's girlfriend Asha discovers that Anand is impersonating Babu, but he surrenders to her and explains about Babu's medical condition, subsequently revealing himself as Babu's brother. Asha forgives him and the duo subsequently team up to defeat Nagappan and his men. Babu later escapes from the prison to kill Anand when learning about him, but is cornered by Jaya, who tells him that Anand is his brother. Babu does not believe this, and kidnaps Jaya. He is later stopped by Mangalam, who makes him realise that he is her son and Anand is his brother. Remembering that Nagappan killed his father, he teams up with Anand to defeat Nagappan, who is later arrested. Subsequently, Babu returns to being "Sekhar", and reunites with his family.