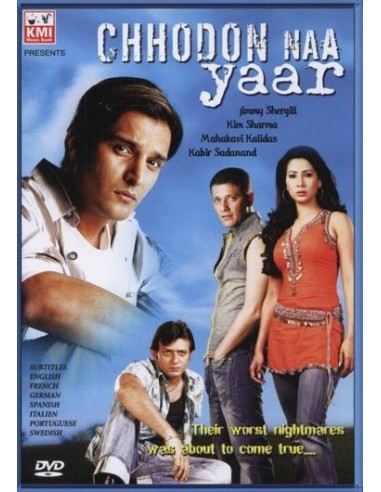 Synopsis:
When Ravi (Jimmy Sheirgill), Shiv (Kabir) and Sunny (Farid), three final year students from a Delhi Mass Com College decide to make their diploma film about a myth prevalent in the northern hills of India, least did they know that the myth could well turn out to be the truth. The stark and most starling truth of their lives. Against the wishes of his girlfriend Rashmi (Kim Sharma) and college professor Saxena (Ahmed Khan), who think that the subject is too dangerous for a college project, Ravi planned the trip. And Sunny eagerly joined in perceiving it as a fun trip. And surely fun it was when they began... But as they got deeper into the jungle their courage and beliefs were put to test. And then unprecedented happened...When their deepest fears and worst nightmares start to come true.