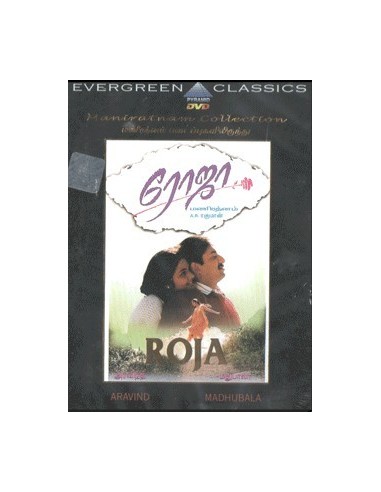 
Synopsis:
Rishi Kumar (Arvind Swamy), a computer engineer born and brought up in Madras, has his heart set on wedding a village girl. He arrives in the village to see Senbagam (Vaishnavi) but when she asks him to 'reject' her since she is in love with another man, he points to her sister Roja (Madhubala) as the woman he wishes to marry. Roja, who is initially angry at the turn of events, has a change of heart when she learns the real reason behind why Rishi opted to wed her instead of her sister. An unexpected honeymoon to Kashmir comes up when Rishi's boss falls ill and Rishi has to take his place. But there, Rishi is kidnapped by terrorists who want one of their leaders Wasim Khan released in exchange for Rishi. In a land where she doesn't even know the language, Roja struggles to get her husband released unscathed..