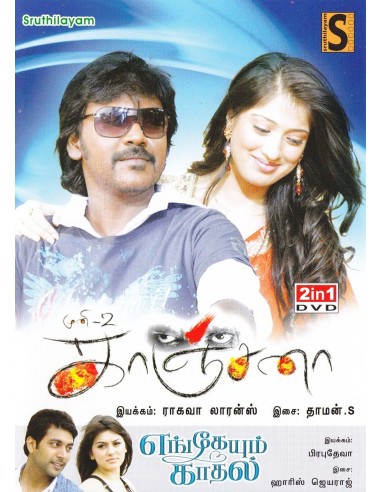 
Synopsis:
KANCHANA
Raghava (Lawrence) is a youth who is afraid of everything and anything around him. He is so scared of things that he would not venture out of the house after 6 pm. Raghava prefers to sleep next to his mother (Kovai Sarala). He gets all courage sleeping next to her.But Raghava prefers to spend all his time playing cricket. As things unfold, few unnatural things happen. His cricket kits gets blood stained and more bewildering events unfolds in his house. Meanwhile, Raghava starts to behave like a girl and starts aggressive. He goes the otherway around. Afraid of his acts, his family seeks the help of dargah. Meanwhile, there is an interesting romance between Raghava and Priya (Lakshmi Rai). How he becomes very normal and gets everything back is the climax..