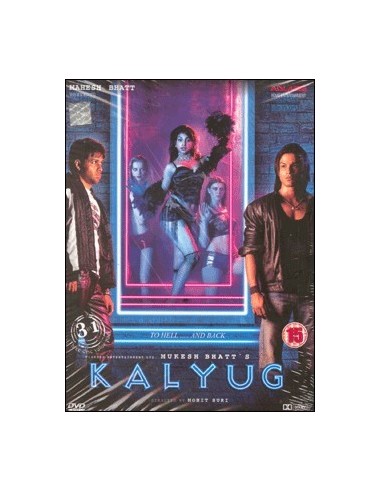 Everything seemed very normal in Kunal's (Kunal Khemu) routine life. There was even the pleasant surprise in the form of Renuka (Smily Suri) ? a young orphan girl whom fate had brought to Kunal's door step. Soon the two were in love and even got married but from here on life would never be the same again.

The most sacred and intimate moment of a couple ? their first night together is captured on a tape. Kunal and Renuka are arrested. He is blamed for making blue films. Renuka is unable to deal with the humiliation and commits suicide.

But what Kunal does not know is that in this ''Kalyug'' one man's tragedy is another man's entertainment. This business revolves on the simple rules of demand and supply. As long as there is a need for blue films, someone will fulfill that need. Now Kunal has to fast learn the ways of this world if he wants to expose the nexus which runs to highest strata of society in Switzerland.

The movie also stars Bhatt favorite Emran Hashmi in a special appearance as Alibhai, the owner of a sex-shop in Amsterdam. He also sports a new look for the film with pierced eyebrows and red colored hair. And that's not all! Actress Amrita Singh makes a comeback with this film and interestingly in a negative role of a woman in control of the pornographic industry.