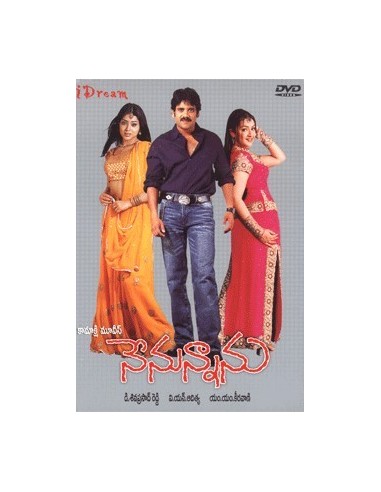 Synopsis:
Venu (Nagarjuna) is an orphan and a contractor at Vizag port. Anu (Shriya) is a student in classical singing. Sruthi (Arti Agarwal) is Anu's friend. Anu loves Arun (Subbaraju) and makes an attempt to elope with him one night. Arun is the son of a business tycoon JP (Mukesh Rushi). JP sends police across to nab Arun. As police nab Arun, Venu rescues Anu. Anu's father disassociates himself from his daughter. Then Venu takes Anu to his place and gives assurance - 'I am there' (Nenunnanu). Venu finds out where Arun is and gets Anu married to him. After the marriage is over, JP tells his son that Venu and Anu have an affair as they live together in the same house. Arun gets suspicious about Anu's character and leaves the marriage venue immediately after the marriage. Anu is back in Venu's place. Venu is in the mission of locating Arun and convince him. Would Venu reunite Anu and Arun? Is Arun - who suspected his love of infidelity - worth enough to be the husband of a good girl like Anu? Would Venu reciprocate to the love signs of Sruthi? Would Anu dump Arun to love Venu? Too many questions and a single answer! Watch it yourself to know the climax.