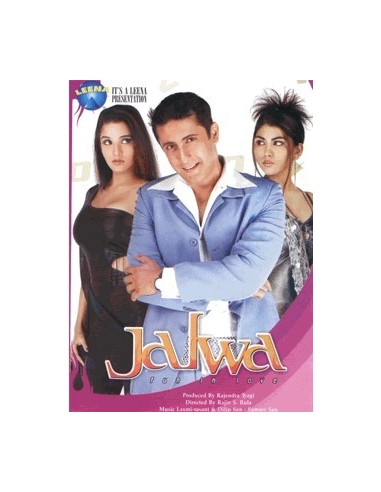 Synopsis:
Yash Singhania (Kiran Janjani) from India and Vikram Malhotra (Viraaj) settled in Bangkok, are friends cum business partners. Yash lands in Bangkok with his wife Natasha (Neha Bhatt). Their wedding anniversary party creates a trouble for them but reunites two ex-lovers - her Mausi (Upasana Singh) and Vikram's Uncle Capt. Chopra (Mushtaque Khan). Yash's ex-secretary Tanya (Monalisa) notices him and his wife. But Yash doesn't recognize her. The flashes of her past storm her mind and she decides to take revenge from Yash for ditching her. Vikram madly falls in love with Tanya. She uses him and pours poison in Yash's happy married life. Natasha leaves Yash and lies on the deathbed. But Tanya's victory becomes more miserable because she actually falls in love with Vikram and cannot dream a life without him.Every one is on the verge of disaster and now destiny is determined to show its Jalwa.