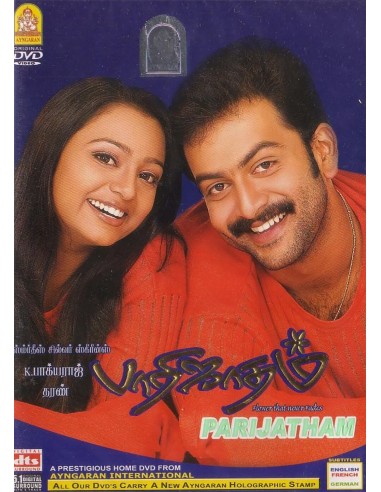 Surrender's mother tells him that she has found him a bride. Before the couple can meet, his mother dies in an accident. He sets out to find the woman his mother wanted him to marry.

Santhosh (Prakash Raj) and Seetha have a son named Surendhar (Prithviraj). Sumathi (Saranya Bhagyaraj) is the daughter of Sarath Babu. She lived in a palatial house and enjoyed a luxurious life in her childhood. However, her father loses his textile business and is pushed to poverty.

Seetha moves to the house opposite Sumathi's house. Her husband and son are still back in their city, waiting to finish training. Sumathi approaches her to work as a maid. Seetha becomes impressed at first sight by Sumathi's wise and sensible character and takes her as her maid. After a few days, Seetha comes to know that the house she has moved into was initially owned by Sumathi's family. She gets influenced by Sumathi's modesty, kindness, and good nature. Sumathi also had the habit of writing novels, one of which she shared with Seetha. Seetha imagined her son and Sumathi as the characters in the story, which gave her the opportunity to react differently. Assuming her son and Sumathi are fictional characters in the story, she expresses her desire to make Sumathi her daughter-in-law. At first Sumathi is shocked, but she accepts her request happily.

Seetha communicates this arrangement over the phone to her husband and son that she has chosen her daughter-in-law. However, she did not reveal the name or identity of Sumathi, because she wants it to be a surprise when they meet her in person. Unfortunately, Seetha dies in an accident before her husband and son's arrival, which leaves a suspense as to who the daughter-in-law is.

After his mother's death, Surendhar vows to locate and marry a girl identified by her mother. Since Sumathi is a maid in the house and is much poorer compared to Seetha's family, she does not reveal she is the one. Sampooranam (Bhagyaraj), Surendhar's close friend, moves into their house to snoop around and find out the girl identified by Seetha. As a father, Santhosh didn't have patience and wanted his son to have a good life. This led him to choose a rich girl, completely opposite of what Seetha would have chosen.

Passed many twists and turns, Sampooranam succeeds in identifying that Sumathi was the girl Seetha chose. His main evidence was Sumathi's published novel, the one she shared to Seetha. Surendhar happily marries Sumathi with Santhosh and Sampooranam's blessings. The story ends with Sumathi remembering the words of Seetha, that she has always imagined Sumathi to be the wife of her son.