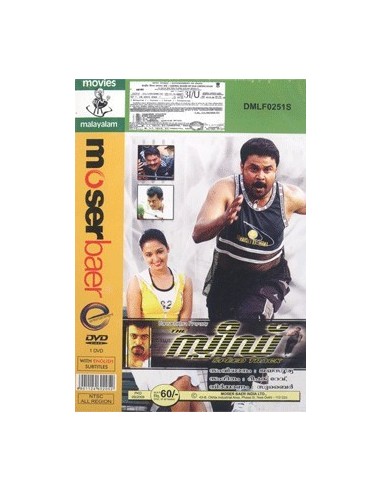 Synopsis:
The film opens with Arjun- an athlete with excellent past records, who enrolls as a first year student in the BCM college campus - a sports college which has created champions. He is going through tough times after his father's demise. His aim on joining the sports college is to win the state championship in athletics. Arjun's intentions is to get the Rs 10 Lakhs sponsored price money in the State competition with which he can pay for the medical treatment of his brother Arun, which has to be done in US.
Arjun’s carelessness was the root cause of the accident that happened to Arun, once a member of State Basketball team, which has put the later in the wheel chair. The elder brother since then developed a guilt complex which he wants to get rid, by making his brother walk, once again. That puts him under lot of tension and financial pressure.
In the sports college, Arjun, normally a silent student works hard and impresses everybody including Rahul (Madhu Warrier) and his sister Gouri (Gazala). All except Tinu, who was the unchallenged hero till then, welcomed Ajith’s performances on the track, which puts the later on the backseat.
The defeats on various levels including that for Gauri’s love prompt Tinu to take it on a personal level with Arjun.
Meanwhile Gauri, who already has become a fan of Arjun by then, falls in love with him and helps him even by presenting the new spikes for the races, Rahul who is tipped to win the 400 meter race hands down was then persuaded by Tinu to clash with Arjun...