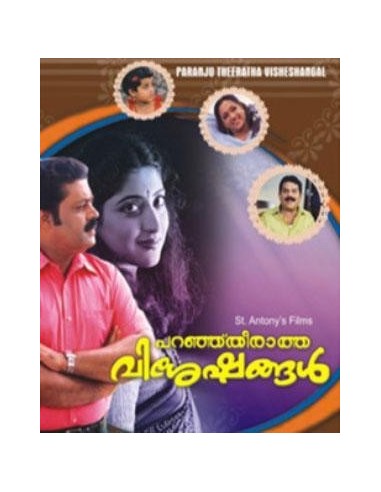 Synopsis:
The film delves into the lives of two legally separated people, Architect Rajeevan and bank employee Vijayalakshmi (Viji) who had lived a life of four years together. Due to some silly reasons and petty strains, they suddenly proceeded to divorce, but continue to be friends even after their legal separations and talks over phones daily. The court ruled at the time of divorce, that their only daughter Animol should be in Viji's custody till she attains the age of 10 but Viji doesn't object to Rajeevan visiting his daughter, even at school in her absence.

After three years of separation, both our protagonists find their life difficult, as they are forced to remarry by their relatives. Viji's father Meledaththu Raghavan Nair and her brother Mohan try to persuade her to agree on a marriage with Ashok, a widower, who is settled in the U.S. At the same time, Rajeevan's mother, his uncle and his colleague and well-wisher Samuel also try to persuade him to go in for a marriage with Anjana Menon, a junior engineer, who recently came in to work in the same firm of Rajeevan and Samuel. Anjana, who had some bitter experiences before, on a love relation, gradually starts weaving dreams about her marriage with Rajeevan.