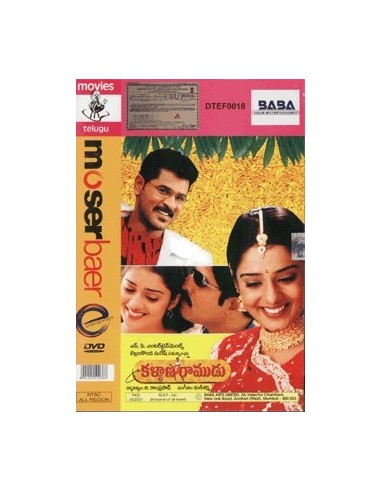 Synopsis:
Kalyana Ramudu (Venu) is a wedding planner, whose functions include erecting kalyana mandapam, decorating the marriage house, arranging musicians and cooking. During one such wedding function, the marriage is called off since the bridegroom elopes with a girl whom he is love with. Incidentally the bride is a dumb girl. Hence none of the relatives of that girl come forward to marry her. Kalyana Ramudu jumps into the scene and does the crisis management by asking his doctor brother (Raja Ravindra) to tie knot. Kalyana Ramudu falls in love with bride's sister Kalyani (Nikita). She also loves him but pretends herself to be in love with Rajesh, a pop singer who is also her uncle's son. Later on Rajesh reveals to Kalyana Ramudu that Kalyani is in love with Kalyana Ramudu. When everything is going alright, the sister of Kalyani dies. Later an astrologer says to Kalyani's father that there is a curse of God on the vamsam of Kalyana Ramudu and all the women in their dynasty dies at an young age. After li,312,ing to this, Kalyani's father refuses to marry off his daughter to Kalyana Ramudu. Rest of the story is all about how all ends well!