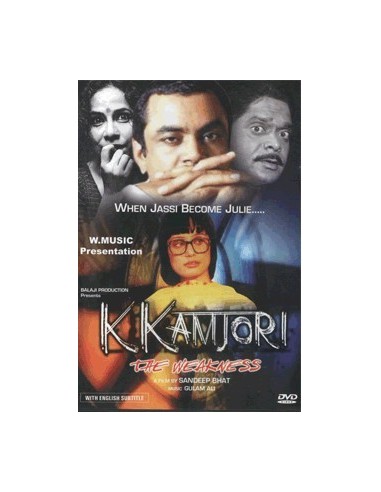 Synopsis:
Monty is a playboy and leads a life full of fun and frolic. To him, life is a purchasable commodity that is to be wasted in the arms of young girls in bars and discotheques. With a large pocket and an amicable disposition, he easily wins the attention of his surroundings and converts the same to his advantages and pleasure. In his boisterous life, walks in a simple girl by the name of pratibha, who hails from a respectable middle-class educated family. Highly distrubed by her simplicity and obstinancy, montydecides to teach her a lesson and soon under the influence of liquor and foul means, monty manages to bed pratibha, unaware of the consequences thails to follow. In his game of deceit, monty takes the help of a seductress by the name of monica, who luges partibha into the world of glamour and inffluence. Un aware of her decectful motive, partibha descards her inhibitions and begins to dance to the tune of monica. Inspite of her father's repeated insuinations, Partibha refuses to heed to his same advise and soon pays the price for her acts of indiscetion. Realising that she has soiled here chatity and the trust reposed on her by her parents, she abuses monty for destroyng her life and promises to make amends for the same. Partibha tells monty in o unmistakable term that's by bedding her, he has won the bottle but not the was on convinction and that she has paid a very high price for not heeding to parental advise. Her simple words of accusation hits monty like a bolt, in the darkness of ignorance and leaves an indelible impression in his heart and room he twins a new life in his life. Discarding his wayward lifestyle, like a worn out dress, monty engapes all his time and attention to partibha, arousing the ira of sonam, to whom he is about monty's alliance to a pamper and devides to catch the but by the horn. She engapes the services of the seductress monica and soon thay trap partibha inti an inescapable situation. Thrown out of her house by her father, she finds herself in the arms of gangster, who had a score to settle with here but desting had other things in sotre for her. Monty soon turns if as divine benediction, an scumenical rotation to all her woes and soon all her anxiety and tension is rested and she finds solace in the arms her beloved monty.