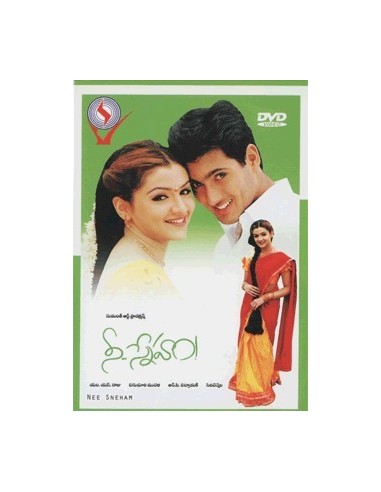 Synopsis:
Madhav (Uday Kiran) and Seenu (Jatin) are neighbors and best buddies. They play football representing the AP team. During their trip to Calcutta, Seenu gets injured in order to save Madhav from an accident. Doctors say that Seenu is unfit to play football and he can walk only by using a walking stick. Seenu takes a vow from Madhav that he should not tell anybody that he was injured while saving Madhav. Amrutha (Arti Agarwal) is a middle class girl who is raised by their grand parents (K Viswanath and Sujatha). Madhav happens to see Amrutha one fine day and falls in love with her. …… If I start telling the relationships and complexity of the relations, you would complain to me after watching the film that I deprived you of enjoying the happenings on the screen. So let me stop writing the story line and start jumping into actor's performance department.