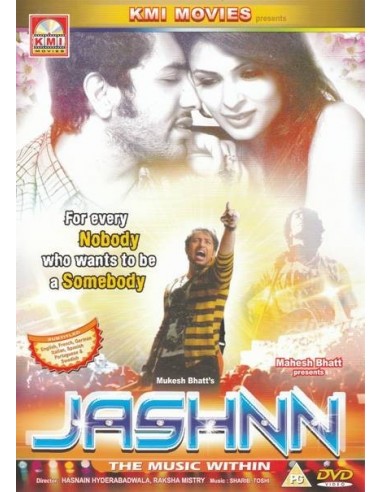 Synopsis:
Akash Verma is a 20-year-old Indian lad who thirsts to become a singing icon who can blaze a trail for himself among the galaxy of existing stars. Although he has dreams in his heart, he has not been able to find that distinctive voice that he can call his own, that will propel him to the top. Only when he's shattered by life and unflinchingly looks the sordid truth in the face--that he is freeloading off his elder sister Nisha, who, in order to offer him a decent life style, has become the mistress of a rich businessman, Aman Bajaj--is he is able to touch his inner core. The person who sees him through this dark night and mentors him when he's down and out is none other than Sara, the sister of the person who he hates most in the world... Aman Bajaj. Spurred by life's bitter sweet lessons, and Sara's love and support, Akash, in the harshest winter of his life discovers the invincible summer within himself. And, having done so, also discovers his own voice. With this very special tune, he not only touches his inexhaustible potential and becomes a star, but he also brings dignity to his beleagured sister, humbling his biggest detractor Aman Bajaj and in the process, thereby living up to the faith that Sara had in him all along.