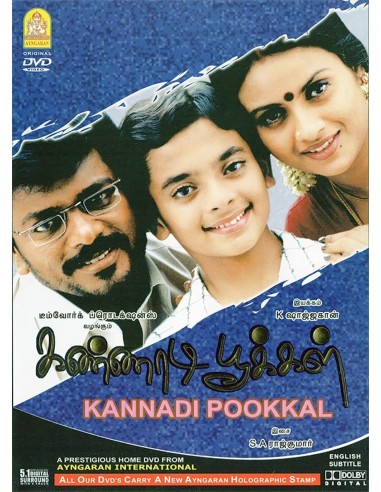 A seven-year-old spends time happily with his father and step mother. But with the birth of a new baby in the family, he's unable to tolerate the competition for parental love, and kills the newborn.

Meera marries her neighbor Sakthivel, after Sakthivel's wife dies giving birth to Vasu. Meera decides not to have children and raises Vasu as her own son, and the trio leads a very happy life. But, Meera's widowed father Natraj is unhappy as his lineage will die out and his wealth will get depleted, with Meera caring for someone else's child. When Vasu reaches the age of 9, Meera accidentally becomes pregnant. This changes the focus of the entire family to the unborn child, deeply hurting Vasu. He is often belittled for his attention-seeking actions, and ignored more when the baby boy is born. Within weeks, Vasu is pushed to the limits, and he kills the baby using bug spray. Due to a complaint filed by Natraj, Vasu is arrested and put in a government-run juvenile prison. His family is devastated, but they forgive him wholeheartedly.

Slowly, Vasu regrets his actions, spirals into depression and his health worsens. The family doctor advises Sakthivel that the only way to save Vasu from depression is for them to have another baby, and make Vasu raise that baby. That way, he will get over the guilt of his mistake. The couple agrees. Slowly, he begins to get along well with other children and wants to move back to his family. Eventually, Meera is pregnant, but the doctor tells Sakthivel to not tell Vasu until his release day. On the day he's released, Vasu meets his former schoolmates at an interschool event and realizes that society will always see him as a murderer. Vasu refuses to return home after the competition. But the family manages to console him, and Vasu returns home to his waiting family. He sees his baby brother in the crib, is overjoyed and picks him up. Everything ends well with the family altogether.