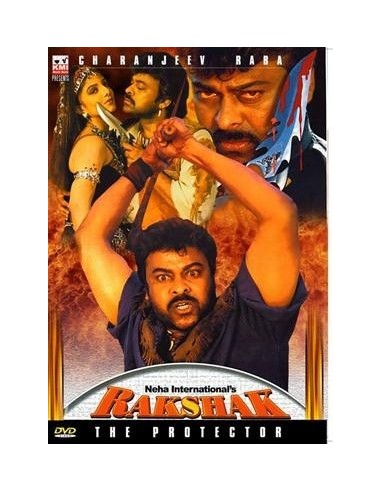 In a jungle, there lives a man-eating lion. The latest victim of lions havoc is the death of the chief engineer who is constructing the rail bridge. The Railway department asks Aishwarya (Simran) to go on the mission of constructing the bridge. Even after Aishwarya resumes the duty, Lion starts terrorizing the crew of the construction team. The ace hunter of Adavipalli, Raju (Chiranjeevi), is entrusted with the job of hunting the lion. The rest of the first half is all about how Raju traps the lion and kill it at the cost of Appanna Dora (Nagababu). But, the other lion in the jungle gets enraged at Raju for killing its companion. There is another trouble for the bridge project in the form of forest ranger (Surya) and a local smuggler (Ramireddy). Raju gets rid of these two goons by the interval. Then the viewers are revealed that Aishwarya is the wife of Raju. In the second half, the flashback is revealed. Raju comes to city to participate in the crafts mela to sell his herbs from the jungle. There he meets Aishwarya, who is come to visit a fun stall along with his fiancée Vicky (Raja Ravindra). When Aishwarya tries to take a shot at shooting the balloon, Vicky disappoints her saying that she cannot do it. Raju, who is an onlooker comes forwards and gives her confidence and tips to shoot. Then Aishwarya's bullet hits the bull's eye. Impressed with Raju's help, she invites him to come to her engagement. At the engagement, Raju spots Vicky flirting with another girl and tells him about the importance of being a good human being. Aishwarya watches the entire episode from the behind and she decides that Raju is a loyal man compared to the flirtatious Vicky. And she seeks for Raju's hand and then they get married. The father of Aishwarya cunningly separates the couple by creating misunderstandings. The rest of the film is about how the hunter Raju and engineer Aishwarya sort out the matters and complete the construction of the bridge. 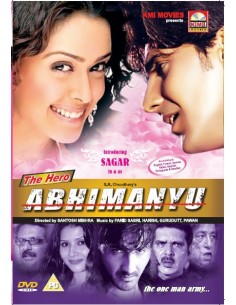 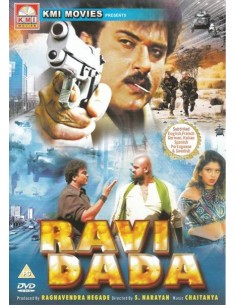