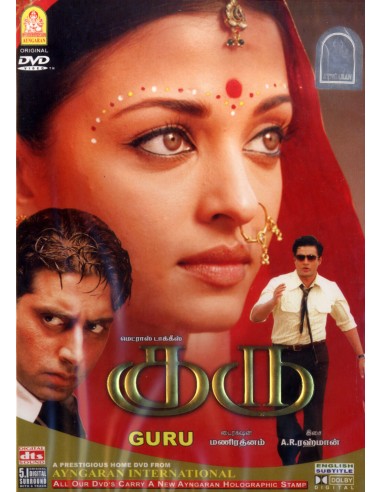 A villager, Gurukant Desai, arrives in Bombay 1958, and rises from its streets to become the GURU, the biggest tycoon in Indian history.

The beginning of the film is set in 1951 in a small village of Idar in Sabarkantha district, northern Gujarat, where a young man named Gurukant Desai dreams of making it big someday. His father Kantilal, the headmaster of the village school, tells him not to dream and that dreams never come true. Guru decides to go to Turkey and enter the spice trade, followed by a blue-collar job with Burmah Shell; later, he is promoted but refuses the job, as he wants to work for himself. Guru returns to his village, he marries Sujata, mainly because of the dowry she brings him. Along with Sujata and her brother Jignesh, Guru migrates to Bombay and starts trading in cloth. Gradually, he expands his business and sets up manufacturing units of his own, under the name "Shakti Corporation".

"Nanaji" Manik Dasgupta, who publishes a newspaper "Swatantra" ("The Independent"), treats Guru as his son. Guru likewise looks upon him as a father figure who supported him during his early days of struggle in Bombay. He also develops a strong friendship with Meenu, granddaughter of Nanaji. Meenu develops multiple sclerosis as she grows up, and begins using a wheelchair.

As Guru's business grows into one of the largest in India, he ruthlessly pursues success. He smuggles machine parts for his polyester mills, illegally creates goods, and manipulates stocks to make a higher profit. But when Nanaji learns that Guru's means of success are not always honest, he, along with a reporter of his newspaper, Shyam Saxena, decides to expose Guru's increasingly corrupt ways.

The stress of his battle with the newspaper causes Guru to have a stroke, and he is paralysed on his right side. Meanwhile, Meenu, who is now married to Shyam, is slowly weakening from her illness, and eventually dies. In the end, Guru is brought before a private government inquiry on 16 October 1980 to defend himself against the charges pressed against him, but tells the press in next day that he was an ordinary villager who didn't even understand the meaning of excise duty, customs, sales tax. All he knew was his business. But the corrupt system made sure that a villager doesn't become a rich businessman. As a result, he had to indulge in corrupt practices. This forces the government to clear him of 27 of the 29 charges against him. He is charged with a fine of ₹6.3 million (equivalent to ₹100 million or US$1.6 million in 2016) and ₹96,000 (equivalent to ₹1.6 million or US$24,000 in 2016) for the respective two charges, which are proved and is allowed to return to his company. The movie ends with Guru telling Shakti's shareholders that his father was proven wrong as he said dreams don't turn true, but they all are now a part of India's largest company. Guru asks them if they should stop. Shareholders refuse and resolve to be the largest company in the world instead. 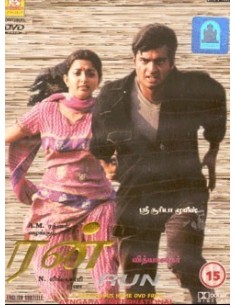 AYN-DVD-132
€13.99
Siva (Madhavan) comes to Madras from a small Tamil Nadu town to study. He instantly falls in love with elusive stranger Priya (Meera Jasmine) who resists his charms quite persistently. Madhavan later discovers that romancing Priya can be a dangerous hobby...
View 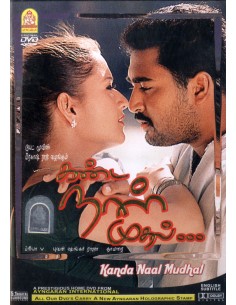 AYN-DVD-372
€13.99
Ramya and Krishna end up catching each others throat whenever they happen to meet. Aravind (Krishna's Friend) parents arrange his marriage with Ramya. Its a smooth story on how love blooms between Ramya and Krishna because of circumstances, and who ends up marrying Ramya - Aravind or Krishna ?
View 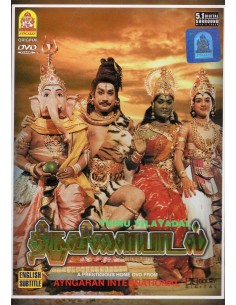 AYN-DVD-071
€14.99
Lord Shiva goes through an adventurous ride and performs various antics to test the people on earth. Based on Paranjothi Munivar's epic "Thiruvilayadal Puranam".
View 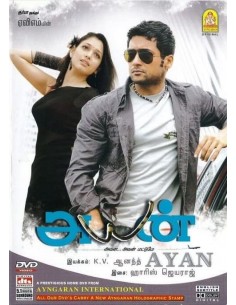 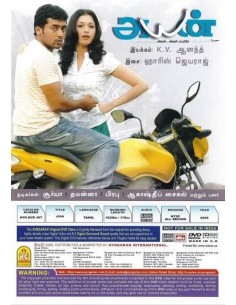 AYN-DVD-497
€14.99
A young man's smuggling lifestyle takes a serious turn, when a fierce rival tries to eliminate him from the business.
View 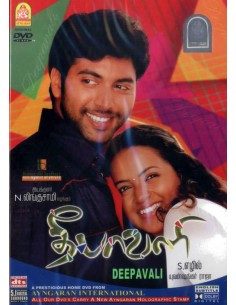 AYN-DVD-427
€13.99
Realizing that his girlfriend has forgotten him after being treated for post-traumatic stress disorder, a man tries hard to make her remember about their relationship. 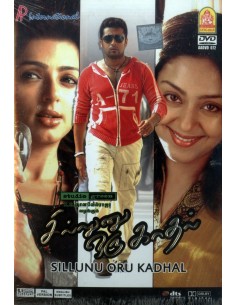 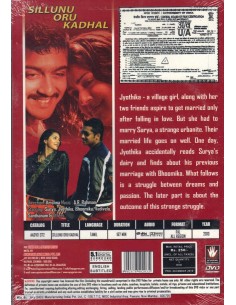 AA-DVD-072
€13.99
A happily married man faces an emotional conflict, when his past lover comes back into his life.
View
Tap to zoom