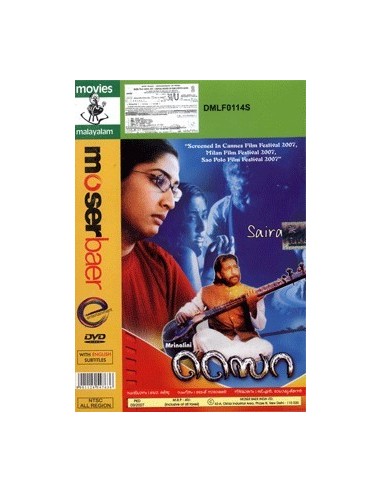 Synopsis:
Saira tries to bring two intricate issues into the limelight, namely, the touching story about the relationship between a father and his daughter, and the evils of terrorism which affects even ordinary people. The story revolves around Saira (Navya Nair), the daughter of the famous ghazal singer Ustad Ali Hussain (Nedumudi Venu). Although Saira is very fond of music, she decides not to follow in her father's footsteps, embarks on a career in the media and becomes a television news reporter. She endeavours to bring to light the dark truths about society, is undaunted by the challenges and the risks involved in the job, and is even willing to sacrifice her life to uphold values she holds dear to her heart. In her pursuit of a certain case, Saira mysteriously disappears. Her disappearance begins to haunt her father in his search for answers. The rest of the story is about the trials and tribulations of a father who is waiting for his daughter to return home.