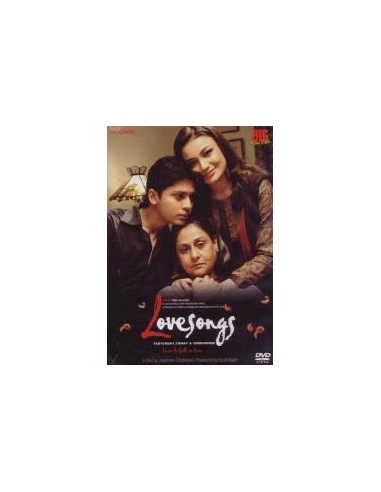 Synopsis:
Mridula Chatterjee, a feisty widow, runs her own NGO for people with disabilities in Kolkata. Her grandson, Rohan, whom she has brought up single-handedly, comes home for his vacations from law school in Bangalore. Rohan's natural curiosity about his grandmother's life compels her to dredge up memories that had long remained confined within her heart. Memories of her university days; of the turbulence heralding the Naxalite era; of poetry and idealism. Of Aftaab Jaffrey and a love inevitably lost in the wake of communal prejudices. Memories of her hurriedly arranged marriage and the untimely death of her husband while she was pregnant. Memories of her daughter, Palaash, a nightclub crooner. Always troubled, and tempestuous. Defined by Palaash's fits of insecurity about her wayward drummer husband, Dev, and Mridula's own emotionally misbalanced relationship with her only child. Memories of a research trip to the rural areas of Birbhum where she happened to encounter Aftaab Jaffrey again, now married to the alcoholic Rabea. As Mridula unravels the past to Rohan and his girlfriend, Tara, they begin to understand the choices she had to make - for herself as well as for Rohan. And why, in the end, she was forced to reveal a strictly guarded secret to Palaash and then move on, alone, despite her daughter's death and the possibility of a second chance with Aftaab.

Lovesongs: YESTERDAY, TODAY & TOMORROW, a film in English, is an evocative story of how ordinary lives suddenly change because of extraordinary circumstances. And how the fragrance of love moves gently from unremitting darkness towards fresh light. To give new hope and the possibility of glorious tomorrows.