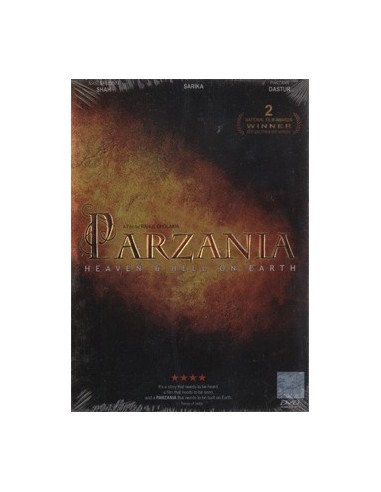 Synopsis:
Parzania is the breathtaking untold story of an event that changed the country and the world forever. Cynical. Intelligent. Hilarious. Drunk. An American man by the name of Allan Webbings arrives in Ahmedabad city. For the longest time, Allan has been searching for answers, praying to find both internal peace and understanding of the horrors that religious differences can create. Allan has chosen India as his playground, and Gandhi as his subject. It's here that he meets Cyrus, the local projectionist who brings the young and troubled intellectual into his beautiful family. Cyrus is a Parsi, a follower of a rarely practiced religion that is both small in numbers and neutral to religious politics. He has a beautiful wife named Shernaz, a practical woman who after eleven years still can't resist his charisma and charm; two children- Parzan an imaginative ten year old that has developed his own world, the world of Parzania, where the buildings are made of chocolate and the mountains of ice cream. Parzan, in his mind, has created the perfect world, a world that only his eight year old little sister Dilshad truly understands. Through Cyrus's family, Allan finds his peace, right before the rest of the country loses its sanity. One morning, the beauty and peace that India is so famous for, is rocked beyond measure, as a bomb explodes in a train killing Hindus. Within 24 hours, thousands of Muslims are slaughtered, making that day one of the largest acts of communal violence the country has ever seen. And in the midst of the terror and violence, Parzan comes up missing. While Cyrus fights for his own sanity and searches for his child, Alan battles to uncover the truth behind the riots. Parzania is inspired by a true story.