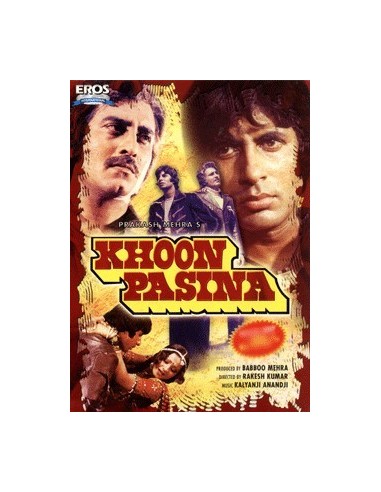 Synopsis:
An action filled saga with undertones of national integration, it tells the story of a deep friendship between Hindu and Muslim families. A Muslim mother (Nirupa Roy) Saves the life of Shiva ( Amitabh Bachchan)- son of her Hindu friends, while her own son Aslam (Vinod Khanna) is presumed dead, when Salim Singh-(Kader Khan) - a cruel man burns their houses down. The families are scattered, but Shiva who misses his dearest friend Aslam grows up ender the love and care of Aslam's mother. Shiva grows up to be Tiger, the do-gooder who will stand against all forms of tyranny. Aslam away from the love and care of a family grows to be a much respected, yet feared, Don who too helps the needy and poor. After an unfortunate incident involving Shanti (Aruna Irani), the daughter of now Thakur Zalim Singh, Shera is sent to seek Shiva (Tiger) and bring him to justice. Will friendship prevail and the two recognize each other before violence takes over?