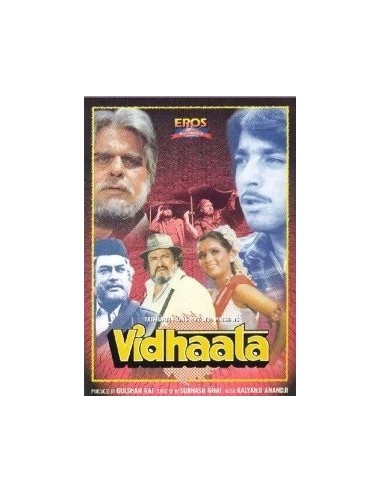 Synopsis:
Shamsher and Gurubaksh are Engine Drivers and are best friends in spite of holding opposite beliefs. One day, whilst facing the worst agonies of life Shamsher writes his own Destiny, thereby creating an empire of wealth for his only grandson Kunal. This he does by striking boldly out into the world of shadows and ill gotten treasures. Shamsher sends Kunal away to grow up in hardship and poverty under the guidance of Abu Baba who brings up the boy with the good values of life. Now Kunal, a ruggedly handsome young man is brought back to the estate of grandfather. Yet Kunal is not happy at this; he chooses instead to live amongst the poor, and here he falls in love with a poor girl, Durga. This becomes a point of conflict between Shamsher and Abu Baba, and eventually Abu Baba leaves the house. Kunal is hurt by the turn of events. With Abu Baba's death, Kunal for the first time glimpses the realities. Kunal now begins to investigate this cruel shadow world. Watch his fight in Vidhaata