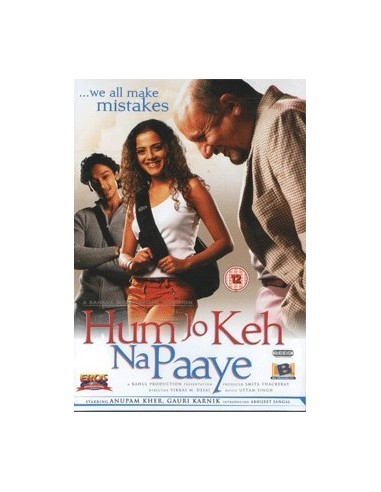 Synopsis:
Abhishek Mehta lives with his businessman father, Neeraj, and grandmother. His father would like him to lend a hand in their failing business. For about two years Abhishek has a crush on Divya, a fellow student, but he has been unable to tell her. He gets his chance when both of them go for an outing. They meet, and fall in love with each other. He confides in his grandma, who in turn tells Neeraj, who goes to meet with Divya’s parents -- not to make marriage plans -- but to strongly oppose them, as he would like Abhishek to become independent before getting married. Abhishek and Divya reluctantly agree and go their separate ways for a couple of years. Six months later, Divya comes to know that Abhishek is having an affair with her friend, Sakshi; that she is pregnant and wants to abort the child, and having failed to do so, kills herself. Divya and Neeraj are appalled at Abhishek’s behavior, and Divya swears she will never have anything to do with him.