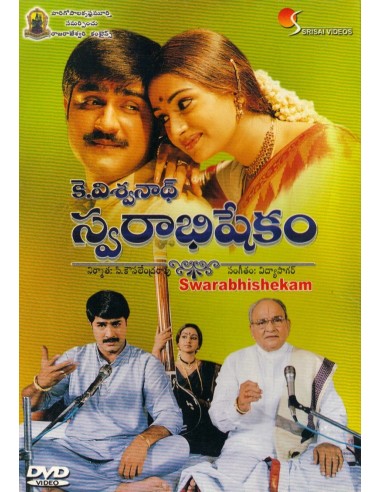 Srirangam Brothers - Srinivasachari (K Viswanath) and Ranga (Srikanth) - are versatile Carnatic musicians. Srinivasachari is happily married but has no children. Ranga is a widower with two children...

After marriage, Surekha, who initially respects her brother-in-law, starts to develop ill feelings towards him and becomes envious that even though her husband Ranga is the main factor for the music duo's success and has equal contribution in Srirangam Brothers music scores, Srinivasachari is the one who gets all the credit.

When Srinivasachari is awarded the Padmasri by the Government of India, Surekha rejects her sister's gifted saree and shows no inclination to come along with her family to attend Srinivasachari's felicitation by the President. Also, Surekha starts to show her hostile and disrespectful behavior towards Srinivasachari.

This situation provokes Srinivasachari who starts behaving unpredictably and lashes out at a film producer about his brother's music compositions (during his music sitting) and also at the media. When Ranga in his office becomes aware of this situation through the film producer, he returns home only to get dispirited to see Ranga's sister-in-law getting slapped by her husband, which leads to a heated argument between the two brothers and the family gets separated.

Surekha slowly understands Srinivasachari's and Ranga's music calibre and realizes that the two brothers can only excel in their music when they stay united. This transformation in Surekha eventually leads to the unity of the family just like Srirangam Brothers' different blends excel when they compose their music together.