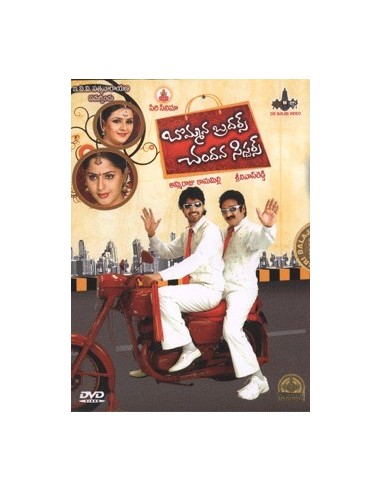 Synopsis:
Bommana Brothers are thieves whose parents are also petty robbers. They fall in love with Chandana Mohan Rao, a big Businessman. The elder one Mani Chandana runs an Orphange, while the younger one Siri Chandana is highly devotional.They are engaged, but the Bommana Brothers with their hearts by pretending to be a blind Maharastrian guy who donates everything he has asked for to impress Mani Chandana and Rama Chandra pretends to be a debout and pious man singing Ramadasu songs in a Temple by hiring junior artistes to swoon that impresses Siri Chandana. They get married after a huge Ordeal. But a bank manager they robbed previously, the Chandana's hired help (Suman Shetty) and a bunch of others are after the Brothers or after their property and the adventures don't stop.