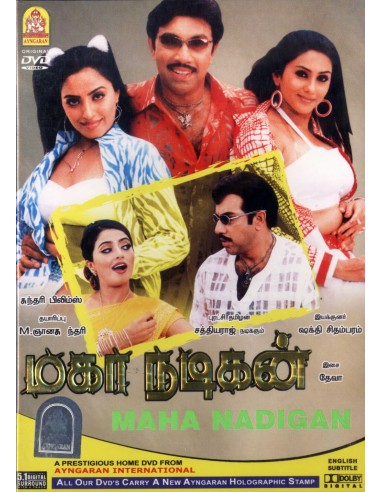 Sathya, a junior artiste, manages to secure a chance to play a hero in a movie. As his fame gradually increases, he is ambitious to become the chief minister of the state.

Sathya (Sathyaraj), an junior artiste manages to get an chance to act as a hero in a movie. His popularity increases, as he becomes a superstar. Arivanandham (Vasu), a corrupt politician and the leader of a major political party requests Sathya to contest in the assembly elections, to which Sathya accepts. Arivanandham makes Sathya the Chief Minister candidate. Arivanandham's party receives a brute majority due to Sathya's popularity and wins the assembly elections. Sathya becomes the CM. After becoming the CM, he jails all the ministers including Arivanandham. Sathya orders many raids into the houses of ministers and acts weird. The story then moves to a flashback.

Muthu (Manoj), an diehard fan of Sathya loses his right hand, in a clash between two actors' fans. This leaves an huge impact on Sathya, who learns from this event that how much his fans had been devoted to him. Sathya begins to care for Muthu and the two become close. Some days before Sathya's oath taking ceremony, Arivanandham is plotting to kill Sathya and become the CM himself. Arivanandham plants bombs in the marriage hall of Muthu's wedding. Fortunately, Sathya escapes the blast but Muthu dies. Sathya desires revenge for Arivanandham and decides to put it in good use, as the flashback ends.

The rest of the film Sathya introduces many reforms in the government. During the end, he dismisses all the corrupt ministers and selects many youngsters as ministers. He resigns and names Devika (Mallika), an IAS officer who has done much service as the Chief Minister and walks away, as the film ends.