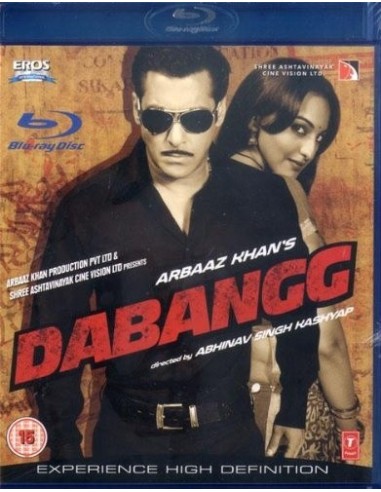 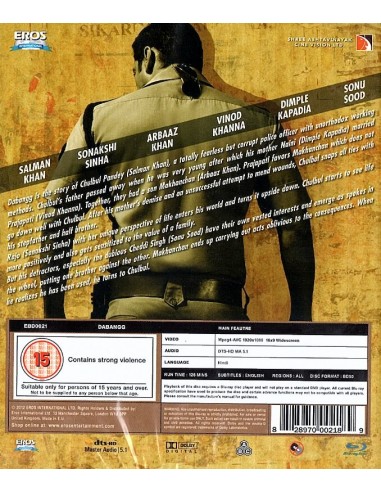 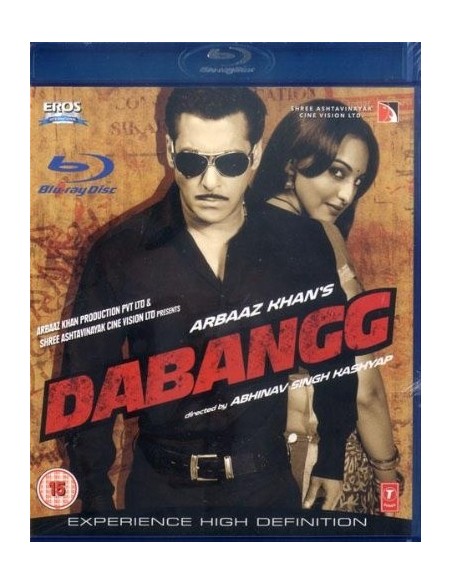 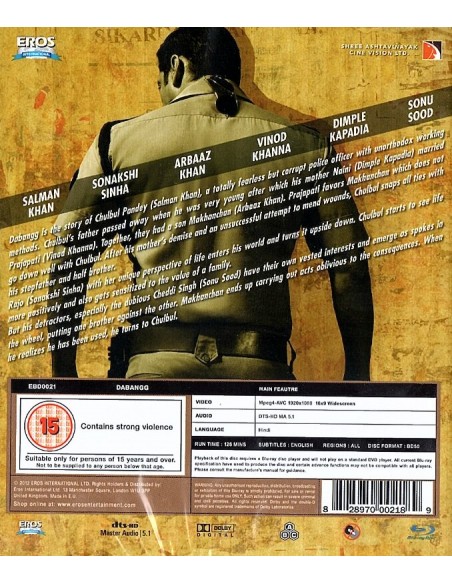 A corrupt police officer faces challenges from his family, gangsters and politicians.

I do not want to be sheltered from dangers. I want to be fearless while facing them. 'Dabangg' means fearless. Set in Laalgunj, Uttar Pradesh, Dabangg is the story of Chulbul Pandey (Salman Khan), a totally fearless but corrupt police officer with unorthodox working methods. But even the most fearless at times face a tough fight with their innermost demons. Chulbul has had a bitter childhood. His father passed away when he was very young after which his mother Naini (Dimple Kapadia) married Prajapati Pandey (Vinod Khanna). Together, they had a son Makhanchan (Arbaaz Khan). Prajapati favours Makhanchan which does not go down well with Chulbul. He decides to take control of his destiny and detaches himself from his stepfather and half brother. His sole attachment is his mother. However after his mother's demise and an unsuccessful attempt to mend wounds, Chulbul snaps all ties with his stepfather and half brother. Rajo (Sonakshi Sinha) with her unique perspective of life enters his world and turns it upside down. Chulbul starts to see life more positively and also gets sensitized to the value of a family. But his detractors especially the dubious Cheddi Singh (Sonu Sood) have their own vested interests and emerge as spokes in the wheel, putting one brother against the other. Makhanchan ends up carrying out acts oblivious to the consequences. When he realizes he has been used, he turns to Chulbul. Will Chulbul take his extended hand? Will the brothers be able to thwart their detractors? Will this time, Chulbul's fearlessness channelize itself positively and reunite him with his family? Dabangg is a hard-hitting, entertaining, emotional narrative that unfolds grippingly in a region that has place only for the fearless. 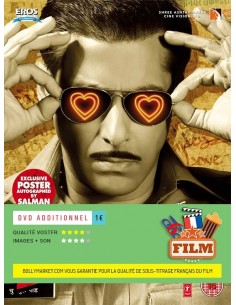 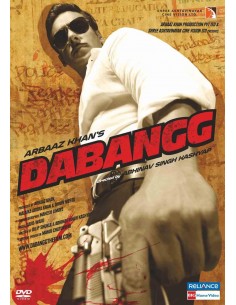 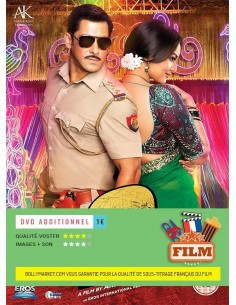 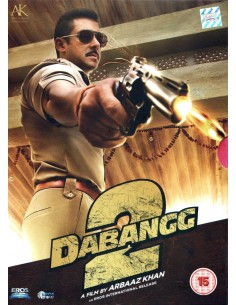 Eros International
DVD-E-1816
€13.99
Director: Arbaaz Khan. Cast: Salman Khan, Sonakshi Sinha. In Dabangg 2, Chulbul Pandey has to battle the evil goon turned politician Baccha Bhaiyya. As he tries to strengthen his family ties with his father and brother. And romance his newly wed wife. And remain 'Dabangg' (fearless) no matter what.
View
Tap to zoom