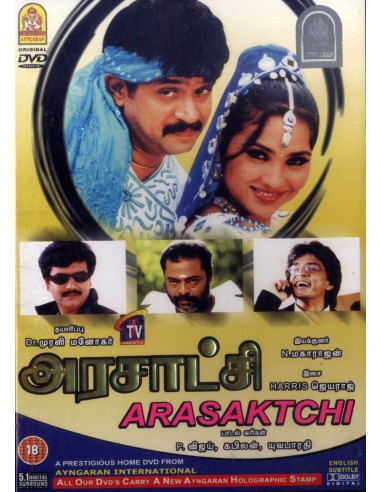 Siddharth has suffered at the hands of corrupt lawyers and decides to kill all lawyers who help criminals evade the law. He doesn't even refrain from going against a lawyer who turns out to be family.

Brammanadham (Anandaraj), a lawyer who argues for rapists and murderers, is killed by a cricket ball hit by Siddharth (Arjun). Siddharth is a GM of a five-star hotel owned by S. Ve. Shekher. Shekher's daughter is Lara (Lara Dutta), who is introduced with a song. She comes from abroad to join her father's hotel, but only as a trainee under the macho Siddharth. Within no time, Lara is in love with Siddharth.

It is now time for duets. Lara's friend Prakash (Karan) is a campaigner of public cause. His efforts lead to a brothel raid and a minister getting arrested. The minister's goons bump off Prakash, and Siddharth is an eyewitness. Siddharth refuses to testify, and Lara walks out on him. Janakiraman (Charan Raj) pleads for the killer and lets him off. Siddharth bumps off Janakiraman. Major Vishwanath (Nassar), a military officer, is a witness to the murder. He even postpones his heart operation until the killer is nabbed. Siddharth now tells his story of why he is on a hunt of the lawyers who plead for the bad guys. Vishwanath gives up his mission.

Next, Karunakaran (Devan) takes a brief for a rapist, and he too is killed. Next is the turn of advocate Ashok Mehta (Raghuvaran), who comes from Delhi. The surprise element is that Ashok is Siddharth's brother-in-law; Ashok's wife is Siddharth's long-lost sister. Now, the brother-sister sentiment comes into play.

Finally, the story ends with Ashok being shot dead by Siddharth in the court premises. The police opens fire, and bystanders form a human wall and get shot at. Siddharth tells the TV crew about how his mission has spread to the masses.