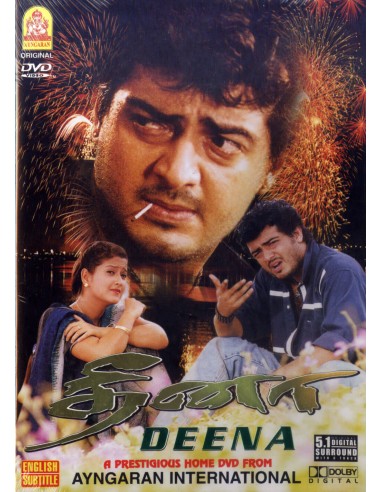 Dheena works for his brother Adhikesavan, a gangster, and is very close to him. However, things turn sour between them after a misunderstanding leads to the death of their sister.

The film starts with the police arresting Aadhikesavan's men as suspects for burning Minister Malarvannan's liquor shop. Aadhi sends Dheenadhayalan aka Dheena, his adopted brother, to attack the false witnesses in this case and bail them out. This leads to further conflicts between Adhi, Dheena and Malarvannan and Dheena ends up chopping off Malarvannan's hand.

Meanwhile, Dheena falls in love with a girl named Chitra. After a little bit of pursuing and getting to know one another, they fall in love, and when Chitra learns that Dheena is involved in rowdyism, she stands by her decision to be with him because of Dheena's essential good character. Meanwhile, Dheena learns that Ashok has teased his sister Shanthi and thrashes him. A little later, he finds that Ashok has again given a love letter to Shanthi and beats him up, but learns that he is Chitra's brother. Chitra tells that Shanthi is also in love with Ashok. Dheena realises this misunderstanding and agrees to help them get married. Finding difficulties in obtaining Aadhi's permission, Shanthi elopes with Ashok and gets critically injured in an accident. In the hospital, Shanthi asks for Dheena's promise to protect Ashok's family from Aadhi before she succumbs to her injuries.

Aadhi, enraged by his sister's death, orders Dheena to kill the family of Ashok. But Dheena refuses and tells that Shanthi was also in love with him. Aadhi refuses to believe this and misunderstands the reason for Dheena's refusal to obey him is since he loves the boy's sister Chitra. Aadhi swears that he will kill everyone responsible for this including Dheena and the brothers become sworn enemies. Dheena moves to Chitra's flat to protect her family, but Ashok is intimidated and does not believe his intentions. Aadhi kills one of Ashok's friend and lands in jail. But Dheena continues to protect the family at various instances from Aadhi's men, and they all understand Dheena's good intentions.

Aadhi gets released and orders his men to kill Dheena and Chitra's family. The MLA Malarvannan finds about the brothers' enmity and tries to join hands with Aadhi to get his revenge on Dheena, but Aadhi refuses to get him involved. Malarvannan, however, is determined to get his revenge on Dheena and sends his henchmen under the guise that they all belong to Aadhi's group. Dheena finds out about this and fights them off, but Malarvannan's men stab Chitra. Meanwhile, Aadhi learns about Shanthi's love for Ashok from some of her friends and realises his mistake and joins forces with Dheena once again and fights off Malarvannan and his men. Knowing that Malarvannan was responsible for this, Aadhi tries to kill him, but Dheena stops him and tells that if he kills him, someone will avenge and this chain could continue and asks him to stop the violence. Chitra recovers from her injuries and finds that Aadhi has accepted their family. Aadhi finally declares Dheena to be his brother hereafter and they are all united. 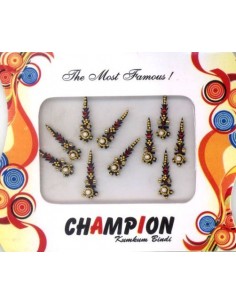