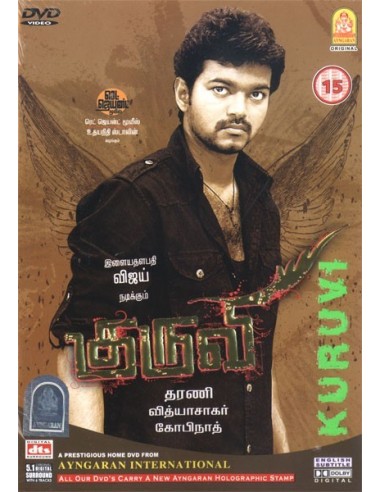 Vetrivel and his friend engage in a cat-and-mouse game with a don named Koccha, to find his lost father.

Vetrivel alias Velu is a car racer who lives with his large family in Chennai. His father, Singamuthu, had gone to Kadapa in Andhra Pradesh to work at a colliery and never returned, prompting Velu and his family to think that he is dead. Velu learns that a Malaysia-based don named Koccha owed his father a huge sum of money. Velu and his friend Ops travel to Malaysia as Kuruvi, the trade jargon for low-level contraband carriers. They come to Malaysia at a time when internal rivalry and problems are surfacing in Koccha's family. Koccha's younger sister Radhadevi alias Devi has refused to marry Soori, the brother of Konda Reddy, Koccha's Kadapa-based business associate. Irritated and preoccupied, neither Koccha nor his henchmen want to devote any time or attention to resolve Velu's problem. Velu is ill-treated and thrown out of Koccha's place without any help rendered. Determined to return to India only after his father's issue is solved to his satisfaction, Velu conceals himself in Koccha's palace-like residence. He steals a large diamond owned by Koccha, feeling that it would pay off his father's debt, and returns to India with Ops. Devi also follows Velu to India, having fallen in love with him, when he saves her from falling from a tall building during New Year's Eve.

Knowing that Velu has stolen his diamond, Koccha and his gang visit Velu's house and threaten his family with dire consequences unless Velu returns the diamond. After confronting Koccha, Velu learns that his father isn't dead, but is being held as bonded labour along with many innocent people at Kadapa. Singamuthu had discovered diamonds at the colliery, but refused to allow Koccha and Konda Reddy to illegally mine the diamonds for their own benefit. He had been held prisoner in Kadapa since.

Velu immediately leaves for Kadapa, where he encounters Koccha again. He throws him onto a moving train, paralysing him. He soon discovers a slave camp run by Koccha and Konda Reddy (Ashish Vidyarthi) at the colliery, where a womanising rowdy named Kadapa Raja (G. V. Sudhakar Naidu) is torturing the inmates, including Singamuthu. He single-handedly takes on Konda Reddy, Kadapa Raja and their henchmen, killing them all. He drags Konda Reddy's dead body to Koccha's mansion. Koccha, who now uses a wheelchair, recovers on seeing the dead body of his associate and attempts to shoot Velu. He is arrested at that moment by a special task force led by Raj (Nassar). Singamuthu and the others who were imprisoned in the slave camp are finally freed and reunited with their families. Finally, Velu unites with Devi.