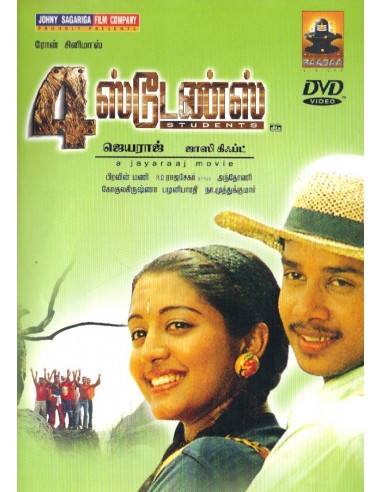 Four Engineering students take it as their duty to fight against injustice in their own peculiar way believing that they have to react to any social prejudices that they come across.

Vivek (Bharath), Aravind (Arun), Eshwar (Arjun Bose) and Shafeek (Padma Kumar) are four engineering students from economically struggling families that were victims of society's corruption in one way or the other. Enraged by various injustices happening around them, the group take the law into their own hands and form the secretive clique called 4 The People that targets corrupt officials.They create an identity for themselves with their attire and mode of operation. They dress up in all black and ride bullets. They have a website where the public can lodge their complaints. From the complaints lodged they chose an official and cut their dominant arm to send a message to other officials and expose them in media with relevant evidences that they collect before attacking a target. The group gains a lot of public support and is regarded as heros. Their actions also lead to government officials refusing to take bribes in fear of someone lodging a complaint against them to 4 The People. Soon, the police are on their track. A young cop Rajan Mathew (Narain) is in hot pursuit of the gang who are now targeting a corrupt minister. In a racy climax, the foursome attempts to kill the minister, but fails. Seeing the brutality of the police, the students come to the support of the foursome. One of the students kills the minister and is joined by three more students. It is concurrently revealed that these four students were benefited from 4 The People's influence in the society. They escape with the help of other students who were present there. The revolution continues.