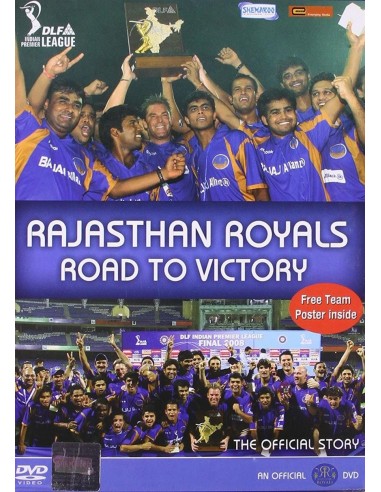 The first season of the Indian Premier League. Eight teams in competion. International superstars playing alsongside India legends and up-and-coming talents, playing to packed stadiums in a new 20:20 tournament - never before have cricket fans witnessed a season like this one.

Against all odds, the Rajasthan Royals transformed into champions after starting the season as the undeniable underdogs of the league. The Road to Victory was an unpredictable journey of ups and downs but through it all we witness some of the best cricket ever played.

Get the inside story from the very beginning with the auctions all the way through each match and then to the final, a day of incredible high drama. In a nail-biting moment against the Super Kings that came down to the last bowl, the Royals prevailed to become the inaugural IPL champions.

Relive the glory of a truly momentous season.