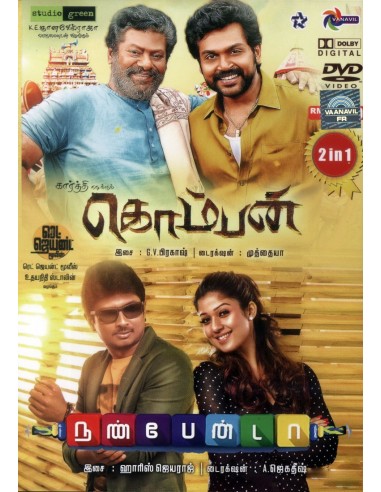 
Synopsis:
Komban
An angry young man tries to give up his violent ways after his marriage runs into trouble but his nemesis will not rest until he is killed.

Nanbenda
Sathya (udhayanidhi) is an unemployed youngster but then he falls in love with Ramya (nayan) right at the first sight. He then takes the help of his close friend Sivakozhundu (santhanam) to win Ramya’s heart. But despite his best efforts, Ramya declines his love and it is only after a while she finally accepts his love. But trouble comes in the form of one incident and what happens from there forms the rest.