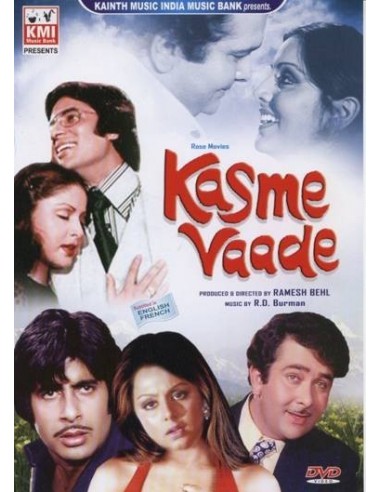 
Synopsis:
Suman (Raakhee) and Amit (Amitabh Bachchan) love each other and plan to marry soon. Amit lives with his younger brother, Raju (Randhir Kapoor), and Raju already calls Suman "Bhabhi". Amit teaches in college, but Raju is unemployed and a little bit spoiled by Amit and Suman's pamperings. Raju gets into bad company, and as a result in trouble. When Amit comes to help Raju, he gets killed. Suman dons the garb of a widow and does not play to marry again. Then one day a look-alike of Amit, named Shankar enters Suman and Raju's life. Guilt-ridden Raju thinks that he has gotten his brother back, and tries to make amends by hiring Shankar, not knowing that Shankar is a wanted criminal, and is looking for an escape route from the authorities.