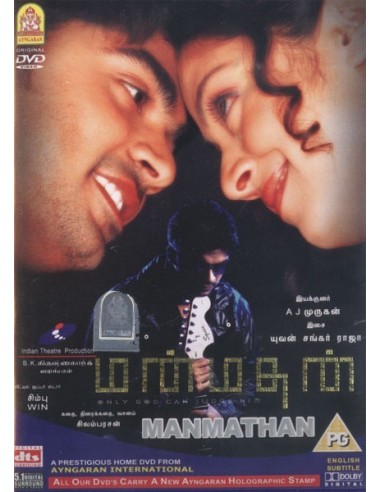 
Synopsis:
Madan Kumar (Simbu) is an accountant and also a music college student. He meets Jothika who runs away from him as he is the one who rapes her in her dreams. Now, we see a Simbu who seduces girls and finally burns them. Thus several young girls vanish from the city. Atul Kulkarni, who is in charge of the investigation, manages to nab Simbu. It is when, the truth is revealed. There are two Simbus. The elder one is soft and honest guy, working as an accountant in the city. The other Simbu is the student, killing women like a serial killer. Jothika who mistakes the nice guy for the killer helps in the arrest. The younger one goes on a killing spree because a classmate Vaishnavi (Sindhu Tholani- whom he loves deeply) once cheated him. He takes up the role of a youth cleansing up the society of girls who are of easy virtue. So his modus operandi is to seduce and kill the young girls. Finally when the good guy is taken in the circumstantial evidence and the past of his younger brother makes the court believe that it’s a case of mistaken identity. He goes away scot-free. He turns down Jothika’s love. Now Simbhu introduces a new twist to the bloody tale. When Jothika walks away promising to wait for him the audience sees Simbu looking at them with characteristic trickle of blood coming out of his nose, a trait of the killer when he prepares for the kill.